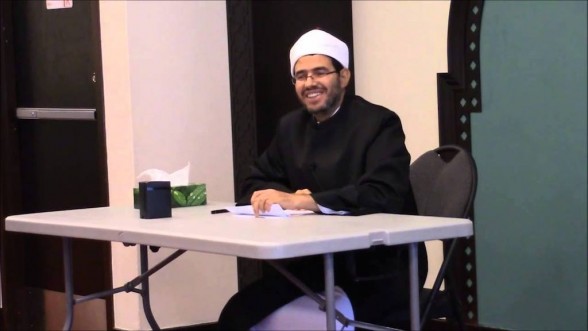 (October 5, 2015) – Voting and elections are among the most controversial issues in the world. Though the majority of peoples—with different backgrounds and beliefs—show interest in voting and choosing their political leaders and representatives, some people still refrain from voting for various reasons.

Muslims, whether in West or the East, should actively and faithfully participate in the political life. They should care for the public interest of their communities. Voting for candidates should be based on qualifications and eligibility for the public service and betterment of the country.

In the following lines, I will discuss the general shari`ah-based values on voting and looking for the most eligible candidates in free elections.

Voting: A Testimony and Trust

Voting in elections, as far as Islam is concerned, is a form of testimony that a Muslim should honestly and faithfully bear. The Qur’an calls Muslims in many verses to be just and fair witnesses with all people, even if they are non-Muslims. For instance, the Qur’an says,

O you who believe! Be steadfast witnesses for Allah in equity, and let not hatred of any people seduce you that you deal not justly. Deal justly, that is nearer to your duty. Observe your duty to Allah. Lo! Allah is Informed of what you do.[1]

Commenting on the above Qur’anic verse, Imam al-Qurtubi (d. 671 AH) says, “[Muslims are commanded by Allah to] bear just and fair witness with neither favoritism towards relatives nor unfairness towards enemies. . . . The disbelief of the disbeliever does not prevent him from enjoying justice and fairness.”[2]

Given the above, it becomes crystal clear that voting, as a type of testimony, should be fair and just; favouritism and bias are not Islamically justified under any pretext. Muslims, therefore, should vote for the most capable and eligible candidates irrespective of their cultures, beliefs, races, or gender.

A Muslim, moreover, is Islamically required not to refrain from bearing testimonies when required. Allah says,

Hide not testimony. He who hides it, verily his heart is sinful. Allah is Aware of what you do.[3]

Voting, which is also a type of trust, should be faithfully and fairly given irrespective of candidates’ gender, faith, or background. The Qur’an unequivocally states,

Surely, Allah y’amurukum (commands you) that you restore trusts to their [right] owners, and, if you judge between an-nass (all people), that you judge justly”[4].

It is noteworthy that the Qur’an uses, in the above Qur’anic verse, the Arabic verb “y’amuru”, which is the present form of the verb “’amara” which signifies a clear imperative mode and an obligation. Also, the word “an-nass” in the verse proves that Muslims are Islamically required to observe fairness and justice with all people, Muslims and non-Muslims alike.

It becomes evident that it is a duty on all Muslims to vote for the most capable and eligible candidates in the free elections for the public interest of their countries.

When voting, a Muslim should look for the most capable, qualified, and eligible candidates irrespective of their backgrounds or gender. People’s choices of representatives should be based on qualifications and eligibility, not on personal or private concerns. The Qur’an, in more than one place, instructs a Muslim to choose the most qualified and trustworthy person for the public services of people. For instance, we read in the Qur’an, when narrating the story of Prophet Yusuf (peace be on him),

He (Prophet Yusuf) said (to Egypt’s ruler at his time): Set me over the storehouses of the land, I am a (hafiz and `alim) skilled custodian.[5]

Prophet Yusuf (peace be on him) offered his services and help to be in charge of Egypt’s treasures before the extreme drought that hit Egypt at his time in order to save the country in the time of the overwhelming crisis. Prophet Yusuf’s qualifications that made him eligible for such a position were hifiz (skills and trustworthiness) and `ilm (mastering the job’s scientific qualifications). According to al-Qurtubi, Prophet Yusuf (peace be on him) was well aware of how to manage the affairs of Egypt’s treasures and how to preserve them, particularly in the time of drought.[6]

One of the important lessons of the above Qur’anic verse is that a Muslim should never hesitate to nominate himself or herself to serve and represent his or her community as far as he or she is eligible to. Moreover, people should vote for and choose their representatives on the basis of qualifications and eligibility.

A second example, which affirms this principle, is what the daughter of Prophet Shu`ayb (peace be on him) said,

One of the two women (daughters of Shu`ayb) said: O my father! Hire him! For the best (man) that you can hire is the strong, the trustworthy.[7]

The above verse clearly indicates that capabilities and trustworthiness are the qualities that one should look for when choosing a representative or an employee.

People, therefore, should vote for the most capable, qualified, trustworthy, and eligible candidates—irrespective of their backgrounds or gender—for the sake of the public interest of the community.

Public Interest of the Community

When voting, Muslims—and non-Muslims—should give priority to the public interest over their own personal or private benefits. Therefore, voting for the most qualified person—irrespective of his or her background or gender—is a duty. Every citizen should concern himself or herself with the qualifications, programs, and eligibility of the candidates.

Among the well-established values of Islamic shari`ah are “the interest of the community takes precedence over the interests of the individuals” and “the permanent benefit takes priority over the temporal one.” Therefore, Muslim voters should be more interested in the candidates who are more eligible to secure the public interest of the country.

Imam al-Ghazali (d. 505 AH) unequivocally affirms the principle that shari`ah gives priority to the public general interests over the partial or private ones, saying,

We certainly know that shari`ah does give precedence for protecting and securing the kulli (public [interests]) over the juz’i (partial [benefits]).[8]

In conclusion, I’d like to emphasize that voters should look for candidates who are faithfully pro-justice, equality, and freedom for All. Ethical voting in free elections is one of the essential steps towards freedom, justice, and change to the better. Every voter shoulders the responsibility of reforming his or her country; everyone should therefore vote for the most qualified and eligible candidates.

Imam Dr. Wael Shehab is the Imam of Toronto Masjid. Imam Shehab holds a PhD in Islamic Studies in English from the well-reputed Al-Azhar University. He is the ex-head of the Religious Dept. of OnIslam.net (English Website) and the Fatwa section of IslamOnline.net (English Website). You may reach him at imam@masjidtoronto.com .