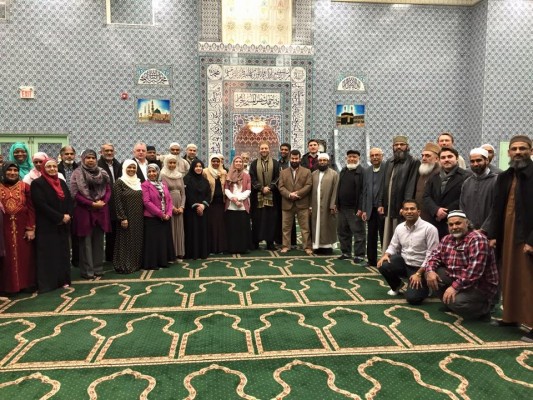 (February 8, 2015) – Muslim leaders from across the Greater Toronto Area attended a seminar on Saturday titled, “Preaching Islam in the North American Context”, that was hosted by the Mississauga-based Canadian Centre for Deen Studies.

“This seminar is an opportunity for interaction and discussion among experienced Imams, scholars and khateebs in the light of the rapid changes in North America and the world,” Dr. Hamid Slimi, Chairman of the Canadian Centre for Deen Studies, told the attendees in his welcoming remarks. “Today’s seminar will be a discussion on the best techniques of khutbah and lecture preparation and the methods of leaving positive impacts on our congregations.”

Dr. Hamid Slimi is the Imam, Resident Scholar and Founder of Sayeda Khadija Centre, as well as the President of Faith of Life Network.

The well-known Canadian Muslim leader, Dr. Ingrid Mattson who is a professor of Islamic Studies and an interfaith activist, conducted the half-day seminar. 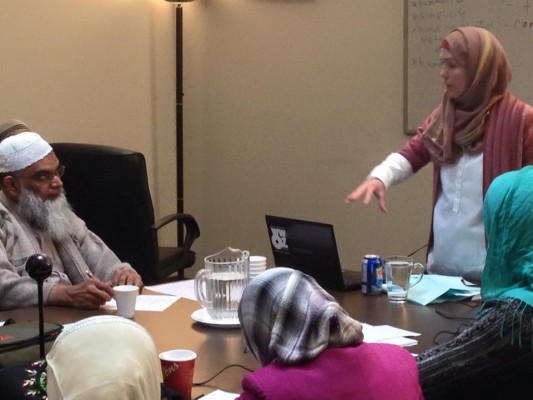 “As Imams, chaplains, as people who preach and speak to the community, we are in that position to fulfill certain functions and we need to know whether we’re doing that well or not and we need to have help and improvement,” Dr. Mattson told the audience.

“Certainly this field is one we must strive to constantly improve,” she advised. “You all know that we are having a difficult time grabbing the ear and attention of the Muslims.”

Dr. Ingrid Mattson is the London and Windsor Community Chair in Islamic Studies at Huron University College at the University of Western Ontario in London, Ontario, Canada.

She is a former president of the Islamic Society of North America (ISNA) and she served as a Professor of Islamic Studies and Christian-Muslim Relations from 1998–2012 at Hartford Seminary in Connecticut. During that period, she founded the first accredited graduate program for Muslim chaplains in America. 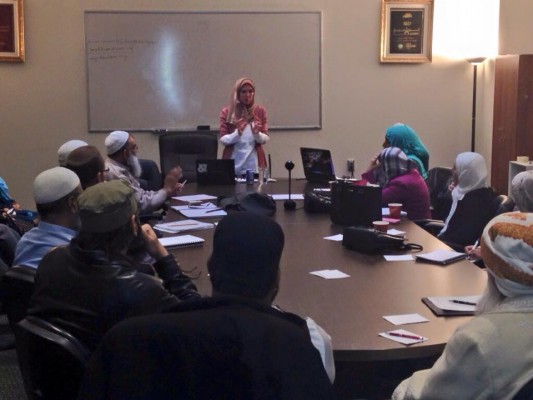 “The Friday Khutba is very important,” said Dr. Mattson. “This is something that has been recognized throughout Islamic civilization as the pillar of communication and connection with the community.”

Dr. Mattson went on to emphasize the centrality of the Friday sermon in guiding a Muslim community and connecting people.

“Why is Jumuah an obligation of the adults in the community? It is an obligation because it is the one place where we are required to recognize that we are a community, to submit ourselves to really listening to what Allah wants from us and to be given some mandate for action.”

“How else do we understand and are reminded of our collective obligation,” she continued. “This is the necessary opportunity, the place where people have to feel, first and foremost, connected to others.”

The seminar participants openly discussed the challenges faced by Friday Khateebs and the general perception in the community about the weekly sermons.

“One of the tragedies that I hear from many people is that they go into Jumuah, they listen to something, they leave and they don’t feel any more connected that when they came in,” said Dr. Ingrid Mattson. 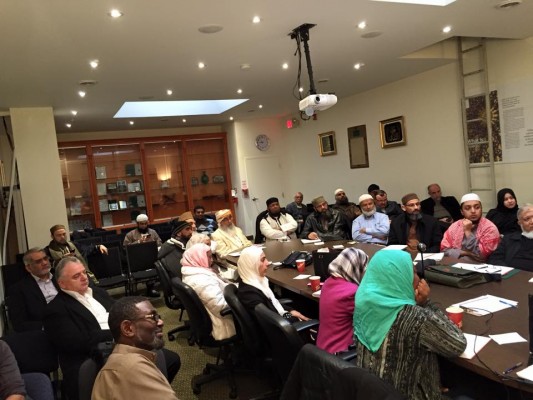 Dr. Mattson went on to urge mosques and Islamic Centres to develop the skillsets of their Imams and Khateebs and provide opportunities for mentorship.

“It is a collective opportunity for the community to develop, support, encourage, pay for, and give the time for the people in our community who can do this,” she said. “This is one of the most important functions we can fulfill.

Throughout the seminar, the attendees looked at ways of improving the Friday sermon – from style to content and relevance – as well as how to know and connect to their congregations.

“I believe that the best way to reach Muslims in Canada, generally, is to talk to Canadians, generally, because these Muslims are part of the general Canadian population,” advised Dr. Mattson.