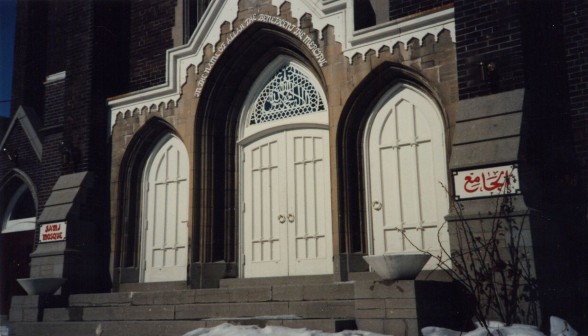 (December 10, 2015) – A special Jane’s Walk to highlight the history of Muslims in Toronto will take place on Sunday, December 20.

“Recent current events have highlighted that many Torontonians are unaware of the history of Muslims and their original houses of worship in Canada’s Largest City,” said HiMY Syed, the walk leader.

“This special Jane’s Walk in December will visit four locations in the Junction and High Park neighborhoods to reveal that history.”

A walk leader in Toronto since Jane’s Walk inaugural year, HiMY Syed has organized and led at least 50 different walks since 2007 in three different cities.

Walk stop locations for next Sunday’s event are:

“Through this special Jane’s Walk, Torontonians will gain an understanding and will come to appreciate the work of third, fourth, and fifth generation Muslim Torontonians in building our city,” noted Syed.

Since 2011, during Ramadan, HiMY Syed has been blogging about visits to different Masjids, Islamic Centres or public gatherings where Muslims break their daily fasts.

His blog, 30Masjids.ca, has become a unique guidepost and archive of the story of Muslims in Toronto and Southern Ontario.

His special December 20 2015 Jane’s Walk will share the best of that researched archive from the past five years.