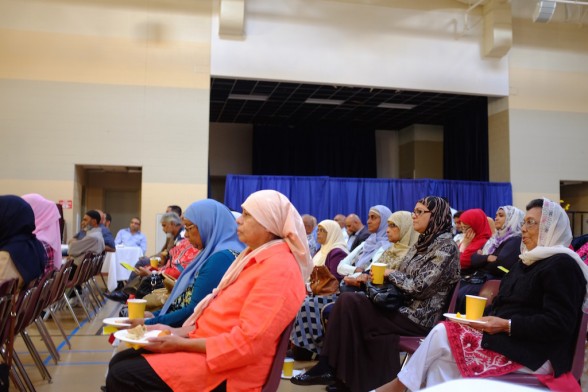 (September 23, 2015) – There was an outpouring of generosity on Sunday, September 20 at the launch of Bridges of Mercy, a group formed to sponsor a Syrian refugee family to come to the Greater Toronto Area.

Within a few minutes, the small crowd had donated $62,571; enough funds to sponsor two families and pledges are still coming in.

“We, like many of you, saw the deplorable images of the plight of Syrians fleeing their homeland,” said Sarah Juman-Yassin, a volunteer with the Bridges of Mercy, in her opening remarks. “We became determined to do something.”

Bridges of Mercy is a project of the Cordoba Centre for Civic Engagement and Leadership in partnership with the Islamic Institute of Toronto. 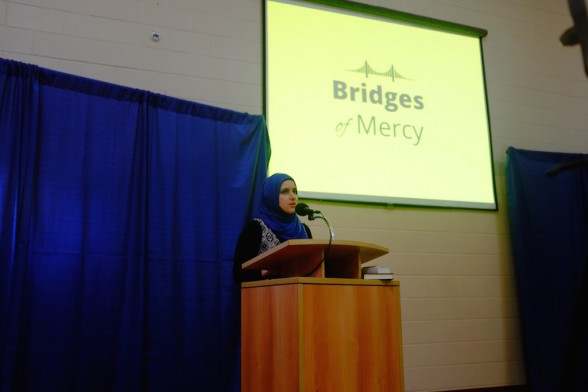 Bayan Khatib, Communications Manager at UOSSM-Canada, told the audience that more than half of Syria’s population is in need of urgent humanitarian assistance.

“4 million refugees now live outside Syria and at least 7 million are displaced inside the country,” she said.

UOSSM-Canada is a charitable medical relief organization that provides humanitarian and medical assistance to all Syrian victims of war. 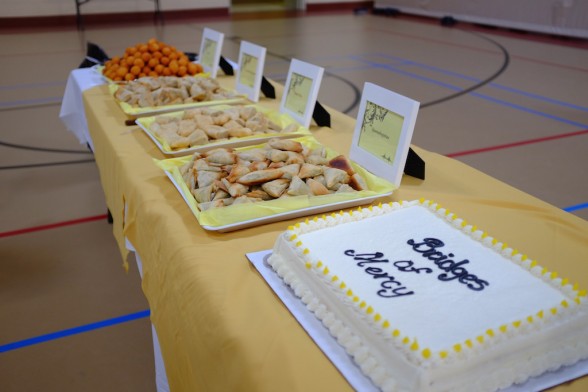 “This is such a large problem that many of us think we can’t make difference – that is not true,” Muneeb Nasir told the audience. “We can’t throw up our hands and despair.”

“In times like these, we must respond with mercy,” he reminded the audience. “The Prophet Muhammad, peace be on him, said that ‘Show mercy to those on earth, and He who is in the Heavens will be merciful to you.”

“This is what the Bridges of Mercy project is about,” Nasir added. “It is about responding with mercy and not despairing.”

“It is about acting to change the lives of one family – we are looking to give one family an opportunity to start a new life in Canada.” 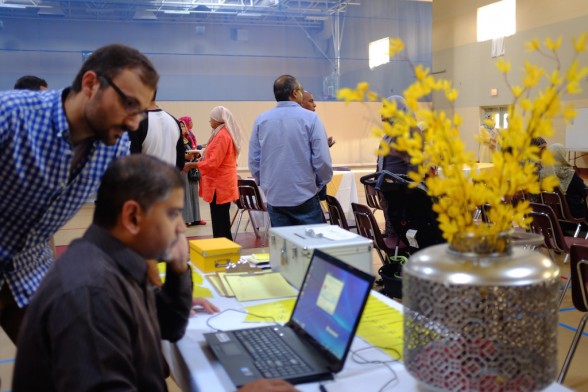 The Bridges of Mercy group is sponsoring the families with the help of Lifeline Syria.

Lifeline Syria is a citizen-led initiative to get groups of residents — individuals and organizations — across the GTA to sponsor 1,000 refugees from the war-torn region.

The next steps for Bridges of Mercy group are to begin the sponsorship application process and review potential refugee family cases with the help of Lifeline Syria. 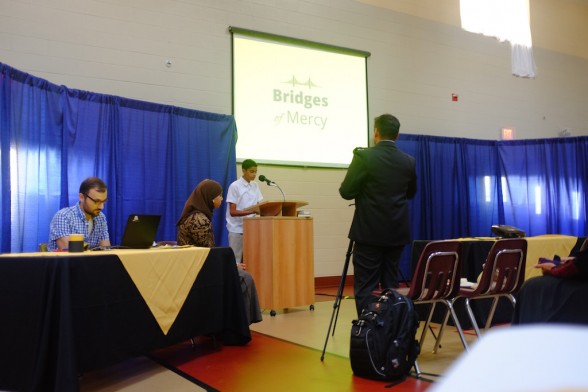 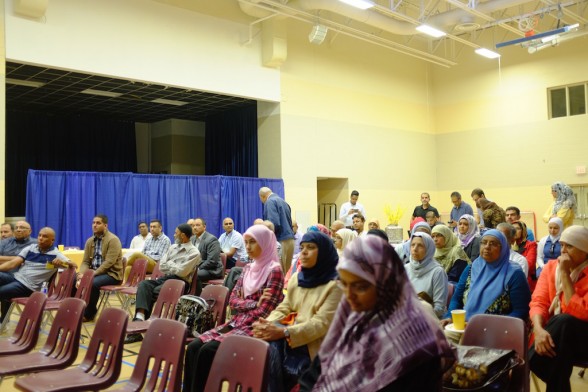 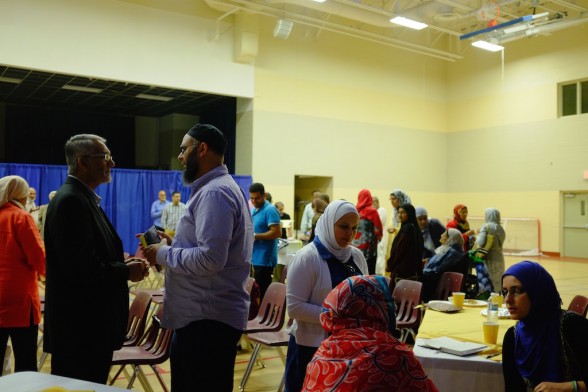 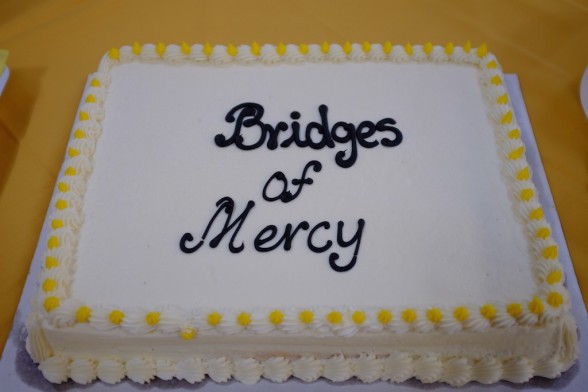