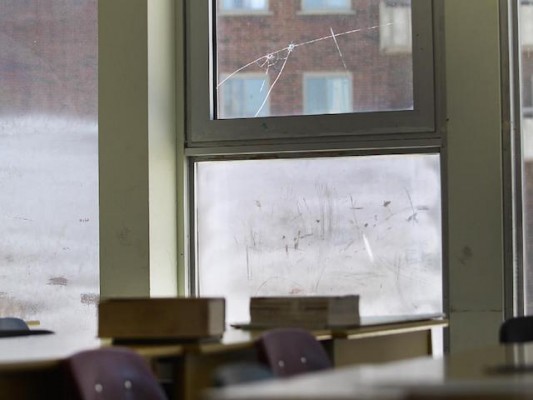 (February 12, 2015)- A Quebec Muslim group is calling on government officials to respond to the climate of violence against Muslims in the province.

Staff at the school discovered shattered windows in two classrooms when they arrived at about 7:30 Monday morning.

Montreal police are investigating the attack on the school on Cavendish Blvd. after six windows were shot out with a gun.

“This hateful act takes place in the wake of a series of investigations on Muslim schools and other Muslim community institutions,” said Adil Charkaoui, CQCI coordinator. “It’s a further sign of a deteriorating social climate for Quebec’s Muslims.”

According to CQCI, the Muslim community has been in the spotlight recently as certain media outlets have redoubled their efforts to investigate Muslim institutions and report on topics such as religious accommodation.