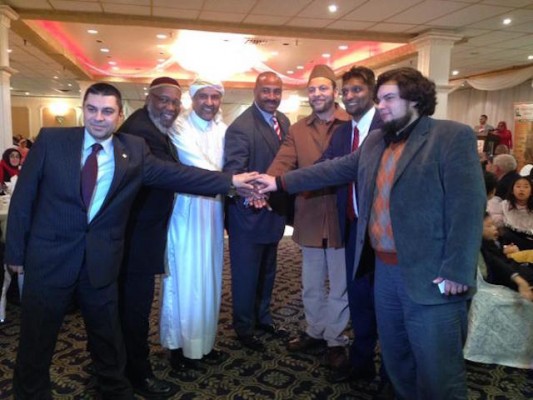 (January 27, 2015) – Chaplains who support inmates in prisons need our support, according to Canadian Senator Don Meredith.

Speaking at the Third Annual ONE LOVE Chaplaincy Fund Raising dinner held last Saturday evening in Toronto, Senator Meredith said, “I am proud to be here tonight to celebrate with you and to talk about the importance of our chaplaincy programs within our institutions.”

“I am a strong proponent of those who sacrifice, day in and day out, to make sure they are touching the lives of those who find themselves incarcerated,” said Senator Meredith. “The chaplains are there to listen, to bring comfort, to bring a word of advice.”

Senator Don Meredith is co-founder and executive director of the GTA Faith Alliance, an interfaith group that is committed to finding solutions to youth violence.

Senator Meredith has been tireless in his work to counter gun and youth crime. He has partnered with churches, police, politicians and communities to organize rallies and community events that work to find solutions to youth violence.

“When I started GTA Faith Alliance, it was about inclusion, it was about us coming together as a community,” he said. “We have young people who find themselves marginalized, and a sense of hopelessness sets in, and they end up in our institutions.”

“I believe that we need to find ways to engage them, encourage them and empower them – that’s the triple E effect- engage, encourage, empower,” added the Senator. “I believe that our young people are not just a percentage of our population but they are a 100% of our future.”

The ONE LOVE Chaplaincy dinner was organized to raise awareness about the situation of inmates in prisons and to raise funds to keep chaplaincy services in Canadian prisons, according to the organizers.

Donations raised at the event will support the chaplaincy services offered by the Ottawa-based Islam Care Center (ICC) that has been at the forefront of supporting chaplains in Ontario prisons.

ICC also tries to ensure that inmates who are released can re-integrate into society in an easy manner.

In a message to the organizers, Premier Kathleen Wynne, commended the work of the Islamic Chaplaincy Centre.

“I would like to thank the Islam Care Centre Chaplaincy Service for organizing this wonderful event and for recognizing the efforts of those who help meet the religious and spiritual needs of the men and women in our correctional services,” said Premier Wynne.

“Ontario has been greatly enriched by a diversity of culture, languages and religions – and our province’s Muslim community is a vital part of that cherished diversity,” noted the Premier.

In his keynote address, Senator Don Meredith spoke passionately about people coming together to overcome difficulties and to support community.

“I believe their (chaplains) work is transformative, their work is very critical and we ought to do everything that we can to support them,” said Senator Don Meredith. “We are about a community – we can build our communities and we can build our province and we can build a better country by being united, not divided.”

For further Information on the chaplaincy program visit http://islamcare.ca/services/chaplaincy-services