(April 26, 2015) – The changes in the public library system have been absolutely exponential, according to Toronto City Librarian Vickery Bowles.

Vickery Bowles was speaking at the IDEALOGUE Luncheon Forum on April 23 in Toronto, sponsored by the Intercultural Dialogue Institute on the topic, ‘New Technologies & the Future of Libraries.’

“When I first started talking about this I thought of all the changes that have taken place in libraries since I started over 30 years ago as a newly minted librarian,” Vickery Bowles told the luncheon audience. “The changes have been absolutely exponential.”

“Now we have self-serve checkout and check-in, we have online catalogues, we have websites with 24-hour access to resources, Wi-Fi in all of our branches and we have laptop lending, and now we have digital innovation hubs, the newest development in the technology in libraries,” she added. 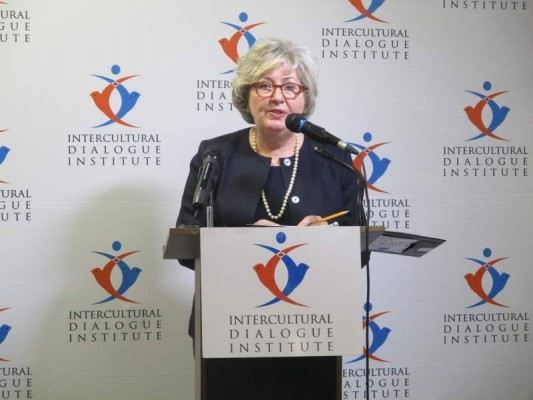 Bowles has worked for Toronto Public Library for 32 years in a number of capacities.

As a public service director, she has worked with community groups, residents and staff to develop services that meet the needs of Toronto’s diverse population.

“While books are still at the heart and soul of libraries, there is so much more going on in libraries these days,” Bowles told the audience. “Public libraries are busier than ever, offering a greater array of services than ever at a time when many of our customers are expecting more than ever.”

“So despite all the predictions about the death of libraries and books, there is huge reinvestment in library collections, and their programs and their staff, and their physical space and this is taking place throughout the world,” she added. “Libraries are destinations for information, literary culture, access to technology and learning.”

“Libraries are using the intersection of technology, culture and learning to innovate and redefine their physical space, and their programming and their services, while not forgetting about the book.” 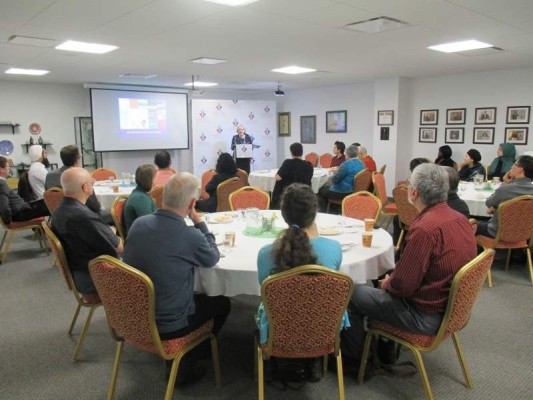 Toronto Public Library is one of the world’s busiest urban public library systems.

Every year, 19 million people visit library branches in neighbourhoods across the city and borrow 32 million items.

The Intercultural Dialogue Institute, sponsor of the IDEALOGUE Luncheon Forum, is a non-profit organization whose aims are to promote enduring interfaith and intercultural cooperation, tolerance and dialogue.

The Forum focuses on a wide range of issues and attracts a diverse audience including policy-makers, academics, researchers, journalists, professionals, students, community leaders and others.