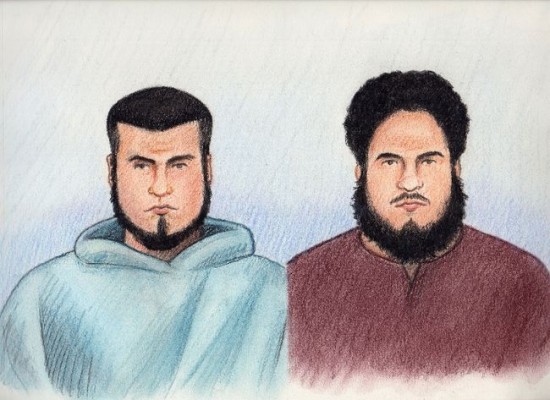 (January 13, 2015) – Ottawa Muslims are expressing concern that young people in the city had fallen prey to extremists following the arrest of three men on terrorism related charges.

“I see it as a growing concern,” Abdulhakim Moalimishak, President of the Assalam Mosque told the Ottawa Sun. “”We don’t know what’s going on. We’re trying to understand how they’re coming and taking our young people and making them a threat.”

“We feel very disrespected and very angry these individuals would tarnish our image and would threaten our adopted homeland, Canada,” said Moalimishak.

Yesterday, the RCMP arrested and charged Suliman Mohamed, 21, from Ottawa for participation in the activity of a terrorist group.

The RCMP confirms that the arrest is linked to the arrests of Ashton and Carlos Larmond made on January 9, 2015.

Police allege Mohamed and the Larmond brothers were conspiring together.

The Larmond brothers, both 24, were arrested in two different locations after an investigation dating back to August 2014.

Ashton Larmond was arrested in Ottawa and his brother Carlos was arrested at Montreal’s Pierre Elliott Trudeau International Airport, where police said he was intending to travel overseas for terrorist purposes.

Suliman Mohamed appeared briefly in person at the Ottawa courthouse on Tuesday morning.

Outside the courthouse, Mohamed’s father, Idris Altahir, said his son “doesn’t participate in these things.”

“He’s a very normal person, quiet, polite and generous,” Altahir told reporters. “I’m waiting now to see, with all this shock, what it is they have for him.”

Sikander Ziad Hashmi, the Imam with the Kanata Muslim Association is also expressing concern about the recent arrests.

“I am concerned and if it is true I am relieved,” Imam Hashmi told Evan Solomon on CBC’s Power and Politics tonight.

“Imams are talking to one another and organizations are working together,” added Imam Hashmi. “I am very clear about the message that we are sending out and I can say confidently, on behalf of the Imams of the city, we have been very, very clear and I don’t think there is any ambiguity in our communities about where we stand – we are absolutely against all types of terrorism and we are standing to do whatever we can to protect our country.”

Abdulhakim Moalimishak, President of the Assalam Mosque says that police and RCMP should be sharing information with community leaders about how recruitment of young people is taking place.

“We need the RCMP to share information with us, what are the warning signs that we should know,” he said. “They need to reach out and go beyond the headlines.”