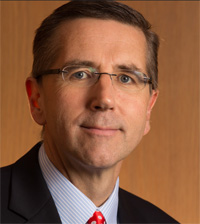 (May 29, 2015) – The debate around Ontario’s new sex-ed curriculum is entering a dangerous phase. As media coverage moves on, myths have started to solidify and a convenient narrative has taken hold about a secular society trampling over the rights of people of faith. A narrative that the federal Conservatives plan to use to win key GTA seats in the same way Patrick Brown used it to help win the leadership of the provincial Progressive Conservatives.

We need to continue to challenge the myths associated with this debate. The idea that faith communities have been pushed aside by the new curriculum is simply not true.

Let’s be clear: Canada’s religious communities have much to offer when it comes to discussions about sexual ethics and morality. In our hyper-sexualized world, where explicit material is a mouse click away and movies and television portray casual sex as the norm, the emphasis that many religious traditions place on commitment, love and responsibility, should be welcome additions to the conversation. This does not mean that their views should necessarily prevail, but they should be taken seriously.

So were they consulted? The most obvious place to start is the one faith group that has a formal role in Ontario’s publicly funded education system, the Roman Catholic Church. The debate over whether Ontario should have a separate, publicly funded Catholic school system can wait for another day. The Catholic school system exists and has the legal right to educate its children according to its faith. In light of the fact that many of the leaders who are opposed to the curriculum identify themselves as devout Catholics, it may surprise many to learn that the church was extensively consulted.

The arm of the church responsible for Catholic education in Ontario is the Institute for Catholic Education (ICE), which works under the direction of the Assembly of Catholic Bishops of Ontario. ICE, along with groups like the Ontario Association of Parents in Catholic Education (OAPCE), were part of the consultation process. In fact, the president of the OAPCE was quoted as publicly welcoming the new curriculum “in which our parents, teachers and students across Ontario were extensively consulted and surveyed over the past months.”

And it wasn’t just Catholic parents. Anxious to avoid missteps on such a hot topic the government consulted parents, teachers and students from across Ontario (claiming it was the most extensive curriculum consultation in history). It is true that other faith communities were not formally involved in the way the Catholic Church was, but it is certain that the thousands of people consulted represented a wide cross-section of faith traditions. Indeed, a number of faith leaders have subsequently endorsed the curriculum.

I also give full credit to Premier Kathleen Wynne. Despite the shocking personal attacks against her, she recently met with the leaders of those opposed to the curriculum to hear them out.

None of this negates the fact that many devout people still believe that their voice was not heard. Although I have some understanding of their frustration, I can’t help but note the inability of many of the same critics to actually point to specific sections of the document that they find objectionable. They seem to either engage in sloganeering or significantly distort the contents of the new curriculum.

Like many who have read the text, I found it long, unexciting and far from titillating. Much of its content is not new — except in a few areas. One relates to the growing diversity of our society, particularly with the growth of same-sex relationships and marriages. The curriculum acknowledges that many diverse relationships exist and asks students to respect differences. Contrary to some of the anti-sex-ed propaganda, it doesn’t promote or encourage a particular lifestyle.

Some additions, like discussions of “sexting”, relate to new technologies. Others address a number of topical and extremely important issues – like sexual consent. It would seem that people of faith concerned about the hyper-sexualized nature of our society would welcome these additions.

The real litmus test, however, is whether efforts are being made to accommodate those who feel the curriculum conflicts with their faith. Here again, the answer is yes. The curriculum is clearly designed to leave plenty of room for parents to complement what occurs in the classroom with instruction about religious and personal values. The Catholic system, meanwhile, has the freedom to teach the curriculum through a Catholic lens. And most importantly, any parent concerned about parts of the curriculum can ask that their children be exempted from those classes.

There is nothing perfect about Ontario’s new sex-ed curriculum. Trying to be everything to everyone has produced a document that is somewhat sterile, but it is an accurate reflection of the realities of modern society. It appears that the outrage many parents feel is more about our sex-obsessed culture than what is taught in a classroom.

As Canada becomes more diverse, we need a way to bring people together, give their views serious consideration and accommodate differences. And as the current debate becomes increasingly mired in cynical political games, we need to continue to challenge myths that emerge and linger – such as the notion that Ontario’s new sex-ed curriculum ignores the rights of people of faith.

John Milloy is a former Ontario cabinet minister who served as MPP for Kitchener Centre from 2003 to 2014. He is co-director of the Centre of Public Ethics and assistant professor of public ethics at Waterloo Lutheran Seminary, and the inaugural practitioner in residence in Wilfrid Laurier University’s Political Science department.

[This commentary was originally published on the political hub www.NationalNewswatch.com and reprinted on IQRA.ca with permission of National Newswatch and the author]