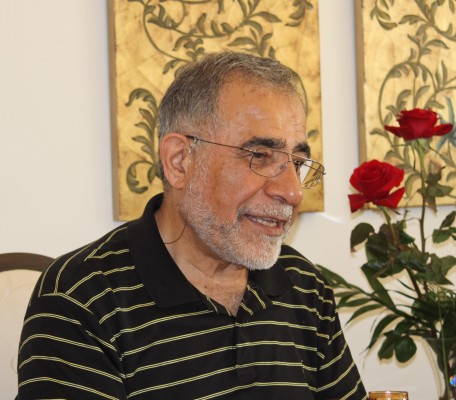 (September 27, 2015) – Muslim American leader Dr. Jamal Al-Barzinji passed away on Saturday, September 26, and Muslim leaders and organizations are sending condolences to the family.

“Personal legacy is not what drove him, rather it was the development of self-sufficient, thriving institutions (MSA National, ISNA Headquarters just to name a few) which could at once serve the Muslim community and society at large. In doing so, the institutions would demonstrate in practice the most sublime teachings of his faith.

“Towards this end he strove, sacrificed time, talents, energy, wealth and even the company of his family and loved ones. We at ISNA are dedicated to upholding his efforts as a lasting and continuous charity.

“May Allah have mercy on his soul, grant him the highest station in paradise, make any suffering he experienced as an expiation for his sins, and accept his deeds. May Allah also reunite him with his family and loved ones under His Shade and give them the strength to persevere during these difficult times.

“We will miss you terribly Dr. Jamal Barzinji. Inna lillahi wa inna ilayhi raji’un (To Allah we belong and to Him we return).”

Dr. Jamal Al-Barzinji was a founding member, a trustee and vice president for Research & Publications of the International Institute of Islamic Thought (IIIT).

He served as advisor and consultant to various educational, charitable and professional organizations. He delivered numerous lectures and wrote articles on various topics on Islamic thought, banking, Islamic movements, current affairs, education and Islamic presence in the U.S. and Europe.

In 2008, ISNA honored Dr. Barzinji with the Community Service Recognition Luncheon (CSRL) award at it’s 45th Annual Convention for his lifetime of service to the community.

A funeral service will take place Sunday after noon prayers at the All Dulles Area Muslim Society (ADAMS) in Sterling, Virginia.

“To God we belong and to Him we return,” Nihad Awad, National Executive Director of the Council on American-Islamic Relations (CAIR), said in a statement.

“On behalf of CAIR’s board and staff, I offer sincere condolences to the family and loved ones of Dr. al-Barzinji, whose legacy will benefit the American Muslim community for generations to come.”