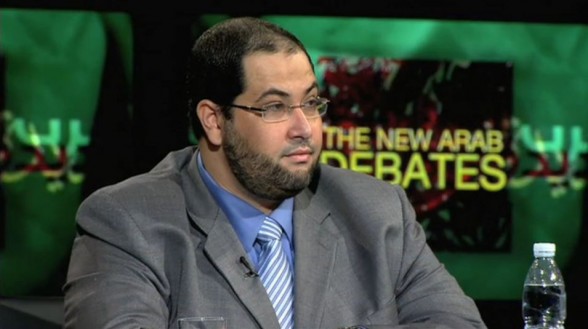 (January 11, 2015) – Today, Khaled Al-Qazzaz was released from his hospital room where he was being treated for serious medical conditions.

On Monday December 29, 2014 the Egyptian Attorney General issued an order for his release.

Khaled Al-Qazzaz is a permanent resident of Canada and father of four young Canadian children.

He was unlawfully detained without charge in Egypt for 558 days.

Al-Qazzaz spent his days and nights in solitary confinement in a cramped insect-infested cell in one of Egypt’s most notorious prisons.

His health has deteriorated due to the conditions of his detainment and he is at risk of permanent paralysis if not provided with appropriate medical care immediately.

Khaled Al-Qazzaz and his family are extremely elated and grateful for his release.

“We are all so happy, but it’s not over until he’s home with me and our children,” said Sarah Attia, Khaled Al-Qazzaz’s wife.

Sarah Attia is hoping for her husband’s speedy return to Canada.

The family has already raised the funds and made the arrangements necessary for him to receive appropriate medical care.

“We are hopeful that the Egyptian and Canadian governments will expedite the processing of this humanitarian case so that Khaled can finally come home,” said a spokesperson for the family.