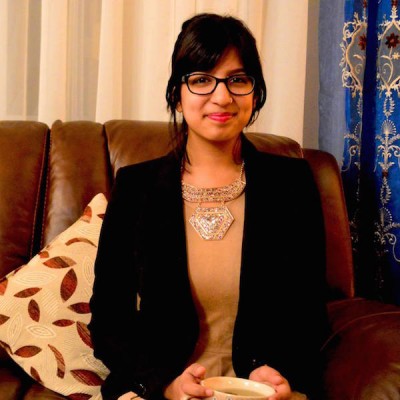 (April 11, 2015) – Khadija Aziz is one of Toronto’s secret superheroes who will be recognized with a Volunteer Toronto Legacy Award.

Volunteer Toronto’s Legacy Awards celebrates and recognizes 25 Torontonians for their outstanding volunteer contributions to the community.

“I’m really excited and grateful to receive the award; volunteering in communities and being involved in leadership programs has been one of my top priorities since more than three years now, so it’s really an empowering and rewarding experience for me,” Khadija Aziz told IQRA.

The awards will be presented at a special ceremony during National Volunteer Week (April 12th-19th), on Monday April 13th 2015, from 7pm to 10pm at The Carlu, 444 Yonge Street.

Khadija is an 18-year old youth leader and arts advocate in her community of Thorncliffe Park as well as in other communities.

Her belief that all youth should be encouraged to explore arts and take on leadership roles has resulted in several successful community events and the growth of youth leaders in her community.

She co-founded, curated, and was the Art Director of her community’s first youth-led art show called Thorncliffe Artscape.

When Khadija became the President of her school’s Art Council in Grade 11, she created new policies that opened the Council’s doors to students of all levels of artistic talents.

Her passion and advocacy for the arts influenced an increase in student participation and engagement at her school.

Recently, Khadija facilitated the creation of two live murals in downtown Toronto where twenty-four students put their artistic skills to use by painting two 5ft by 5ft canvasses that would be displayed at a youth shelter in Etobicoke.

She is currently working on an independent project that will introduce Grade 10 students from her former high school to public art and offer them a first-hand experience painting a mural in the community’s local mall. 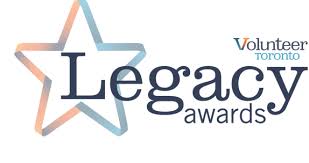 Volunteer Toronto is a charity whose work strives to create a strong, inclusive, caring and committed community of people who willingly give of their time and energy toward building a healthy city.

Their programs and services support non-profits, charities and grassroots groups across the city in developing sustainable volunteer programs.

“Chances are you won’t recognize the names of any of the award winners. They aren’t celebrities. They are, however doing exceptional work in their communities and are well known locally for the legacy they are building. The one thing they have in common is their passion and determination to help those around them and make their city a better place to live. They are an inspiration to us all,” says David Allen, Executive Director at Volunteer Toronto.

Afsheen Aziz, who nominated Khadija says, “I think the unique and extraordinary thing about what she did for her community was that she did it self-willingly with a deep passion to enhance the experiences of youth in her community. Her leadership and initiative to bring our community together is very inspirational to her peers and it also influences other youth to be leaders as well.”

“And I love being called ‘Toronto’s secret superhero’.”