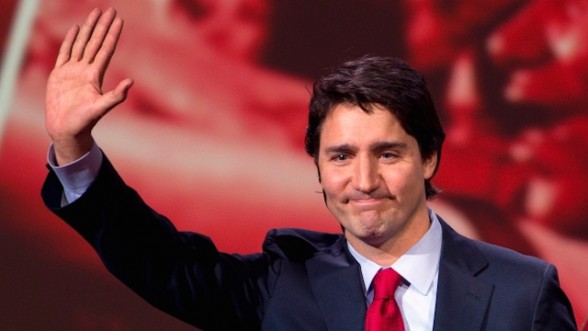 (March 9, 2015) – Prime Minister Stephen Harper and the Conservative government are stoking fear and prejudice against Muslims, said Liberal Leader Justin Trudeau tonight at a Toronto gathering organized by the McGill Institute for the Study of Canada.

“These are troubling times,“ said Trudeau in a strongly worded speech. “Across Canada, and especially in my home province, Canadians are being encouraged by their government to be fearful of one another.”

“Fear is a dangerous thing. Once it is sanctioned by the state, there is no telling where it might lead. It is always a short path to walk from being suspicious of our fellow citizens to taking actions to restrict their liberty.”

“We should all shudder to hear the same rhetoric that led to a ‘none is too many’ immigration policy toward Jews in the 30s and 40s being used to raise fears against Muslims today,” continued the Liberal leader.

Trudeau, whose speech was on the theme of liberty in Canada, criticized Prime Minister Harper for his comments last month in the wake of a court ruling that struck down the government’s policy that forbid Muslim women to wear the niqab during citizenship ceremonies.

The Prime Minister denounced the court’s decision and said the government will appeal the ruling. He said, at the time, that most Canadians would consider it offensive that someone would conceal their identity at the moment they are becoming a citizen.

“For me, this is both unconscionable and a real threat to Canadian liberty,” said Trudeau. “For me, it is basic truth that prime ministers of liberal democracies ought not to be in the business of telling women what they can and cannot wear on their head during public ceremonies.”

“It is a cruel joke to claim you are liberating people from oppression by dictating in law what they can and cannot wear.”

“What’s even worse than what they’re saying is what they really mean. We all know what is going on here. It is nothing less than an attempt to play on people’s fears and foster prejudice, directly toward the Muslim faith.”