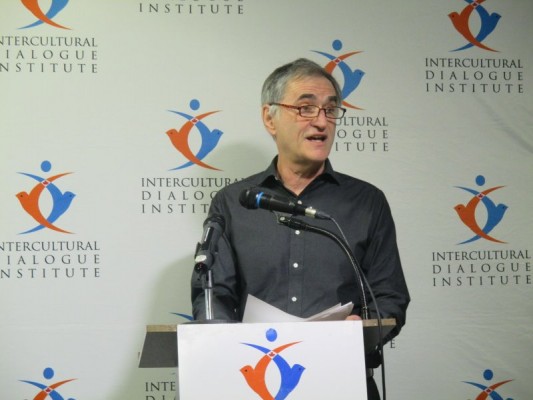 (February 15, 2015) – Islamophobia and anti-Semitism have many features in common, according to Ivan Kalmar, a University of Toronto professor.

“Islamophobia and anti-Semitism show similarities to each other that other hatreds don’t,” said Professor Ivan Kalmar. “Of course, we must recognize, at the outset, that there are important differences between anti-Semitism and Islamophobia.

Professor Ivan Kalmar was speaking at the IDIALOGUE Luncheon Forum on February 10 in Toronto, sponsored by the Intercultural Dialogue Institute on the topic, ‘Islamophobia & Anti-Semitism.’

Dr. Ivan Kalmar is a professor in the Department of Anthropology and Hon. Newton W. Rowell Professor at Victoria College, University of Toronto.

His main work has addressed parallels in the image of Muslims and Jews in Western Christian cultural history.

“I would like to talk as a person whose work and personal inclination includes trying to improve understanding between Muslims and Jews,” Professor told the audience. “I try to convey this attitude even to my children.”

“I will focus on the similarities in my talk, but I hope you don’t take me to say that the two hatreds are exactly the same,” he cautioned. “There are many people who object to anti-Semitism being compared to Islamophobia.”

“Many of these people insist that the suffering caused by each is not comparable,” continued Professor Kalmar. “I am not trying to argue who is the bigger victim – my point is that anti-Semitism and Islamophobia have, in spite of important differences, many things in common that the love of the truth, if not of peaceful relations, bids us to study.” 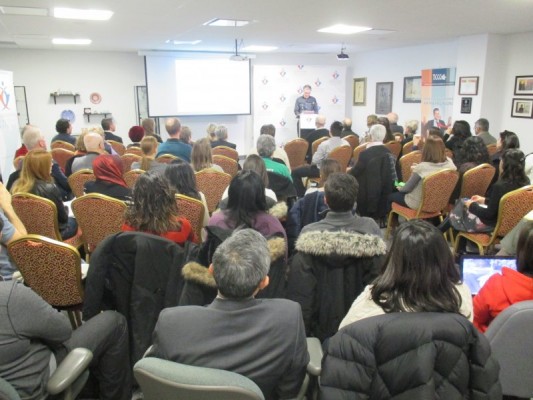 The Intercultural Dialogue Institute, sponsor of the IDIALOGUE Forum, is a non-profit organization whose aims are to promote enduring interfaith and intercultural cooperation, tolerance and dialogue.

“IDIALOGUE Forum’s objective is to bring people together and achieve a critical, open and meaningful dialogue,” said Fatih Yegul, Executive Vice-President – GTA East of the Intercultural Dialogue Institute, in his welcoming remarks.

The Forum focuses on a wide range of issues and attracts a diverse audience including policy-makers, academics, researchers, journalists, professionals, students, community leaders and others.

According to Fatih Yegul, the topic generated much interest and the event was one of the best attended in the Forum’s history.

Dr. Ivan Kalmar, whose published works include ‘Early Orientalism: Imagined Islam and the Notion of Sublime Power’, cautioned the audience about making overgeneralizations about Muslims and Jews.

“It would be wrong to kid ourselves that relations are good, even though there are so many Jews and Muslims who are kind to and seem to understand each other,” he said. “We must refuse to make overgeneralizations about Jews or Muslims.”

“Time and time again, many Muslim intellectuals, my example is Tariq Ramadan, have come out against anti-Semitism and affirmed the right of Israel to exist in spite of their criticism, often severe, of Israel’s policies,” added Professor Kalmar. “Unfortunately, such Muslim spokespersons are not heard by those who do not want to hear.”

“In spite of thousands of Muslims publicly condemning terrorism, they ask again and again that Muslims finally come out and speak against it.”

Professor Kalmar has co-written an article on the topic of anti-Semitism and Islamophobia, with a leading Western Muslim intellectual, Tariq Ramadan,  The article will soon be appearing in the Routledge Handbook of Muslim-Jewish Relations.