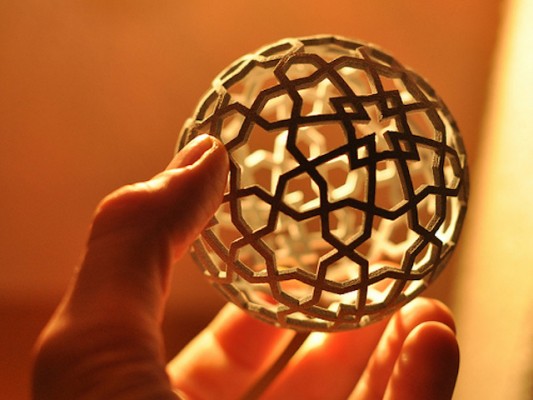 (March 7, 2015)- Islamic finance is surging across the globe, gobbling up an ever increasing share of the more than $220 trillion in international assets outstanding. It’s a trend that has accelerated since the 2008 crisis shook confidence in conventional banking, prompting most of the world’s financial capitals from London to Dubai to join the battle to dominate the industry.

That is, everywhere except in the US and Canada. How come? We can blame a combination of regulatory hurdles, a lack of proper rules and standards and general Islamophobia. But the result is that banks in the region risk missing out on a fast-growing and lucrative market and the patronage of wealthy foreign investors – not to mention the millions of Muslims living in North America eager for products and services that match their beliefs.

To be fair, most countries are struggling to craft rules and regulations that standardize Islamic finance and enable it to compete with its conventional counterpart. It’s just that North America is falling further and further behind.

To understand why – and see how the region’s banks could still grasp the industry’s reins – we must first explore the world of Islamic finance.

What is Islamic finance?

Islamic finance is much like traditional finance except that the services and products it creates conform to Islamic teachings, also known as sharia. The most well known of these is the prohibition against charging interest, known as riba in Arabic and a term whose explicit meaning is in dispute (more on that below).

Anyone who’s ever used a credit card knows you can’t borrow a dime without paying interest, but in Islamic finance, banks must find other ways to make money off their loans and other products. They usually do this by charging a service fee and/or engaging in profit-and-loss-sharing contracts. The most popular of such methods for home financing, for example, is called murabaha, which is similar to rent-to-own schemes. A bank purchases a house for a customer and then sells it back at an agreed-upon markup.

Islamic assets must also follow other ethical norms. Investments in high-risk ventures, gambling, non-halal foods, alcohol, pornography, and so on are all off limits. In addition, the rules generally require that risks be shared between the lender and borrower, and that all finance be directly backed by real assets – a far cry from some of Wall Street’s exotic creations that bear only a distant relation to an actual asset.

The industry is growing so quickly because its primary demographic comprises one-sixth of the world’s population, most of which is based in the Middle East and increasingly interested in parking its growing wealth outside the region. This is creating a pressing need for financial products and services that conform to Muslim beliefs.

The overall market in Islamic assets has grown at an average pace of 20% a year since the financial crisis struck in 2008.

According to the Dubai-based Al Huda Centre of Islamic Banking and Economics, the industry is projected to boast more than $2.5 trillion in assets this year.

Islamic bonds, or sukuk, are perhaps the most prominent segment, with companies and governments expected to sell about $145 billion of the debt in 2015.

Iran, Malaysia, and Saudi Arabia currently dominate the industry, but many Western countries are vying to become European and international hubs for Islamic finance.

The UK in particular has been pushing hard to get in the game. Last year, it became the first Western country to issue an Islamic bond. The former lord mayor of London, Roger Gifford, went so far as to say that Islamic finance should be as British as fish and chips.

Yet in a 2014 ranking of 42 countries with some form of Islamic finance activity, the US placed 15th and Canada last – a puzzling reality given the importance of each country’s banks to the global financial system.

Why did they fall behind?

It’s not that Islamic finance is new to the New World. Mutual funds and mortgages that adhere to Islamic laws have been around since the 1980s. And in 1998, the US comptroller ruled that certain Islamic mortgages were equivalent to mainstream mortgages, as far as banks were concerned, encouraging Freddie Mac and Fannie Mae to purchase millions of dollars worth of sharia-compliant housing loans.

But such activity was short-lived despite rising demand.

One key explanation why can be found in regulations and laws that discourage Islamic finance, even ones ostensibly designed to keep the overall financial system safe. Meanwhile, the overlapping regulatory layers between the states and federal government that make setting standards incredibly complex.

One example involves a Tennessee mosque that lost its property tax exemption after it took out an Islam-compliant mortgage, which makes the bank the owner until the debt is paid off. Since the technical owner of the property was no longer a religious institution, the tax exemption (for the property) was lost.

Another is the requirement that US banks keep their risk ratios fairly low. In order to be compliant while also maximizing profit, banks usually invest in the huge supply of fixed-income securities such as Treasuries and conventional corporate bonds, which are prohibited by Islamic laws.

An entirely different reason also appears to be xenophobic fears of sharia spreading across the country. This even sparked an inquiry by the US senate in 2005 to look into whether Islamic finance supports terrorism. Experts at the hearing testified that there is no evidence suggesting Islamic finance is more prone to facilitate terrorism than its conventional counterpart.

Lack of standards a global problem

More broadly, the lack of standards in Islamic finance and costs and complexities involved in entering the market have made some mainstream financial institutions wary. For example, there continue to be disagreements over what actually makes an asset permissible under Islam and who is qualified to determine this in the first place.

In fact, even the most fundamental tenant of Islamic assets – the prohibition of interest – is under dispute. More orthodox schools of thoughts claim all forms of interest are forbidden, while modernists contend only its most excessive and exploitative forms (namely usury, the ninth-greatest sin) should be prohibited.

There are now increasing fears that this lack of standards will hurt the industry in the long run. But rather than serving to put off banks in North America, this actually presents an opportunity to lead the way in crafting regulations that set standards globally and developing products at the cutting edge of the industry.

Both the US and Canada are a natural fit as homes to the bustling and dynamic Islamic finance industry, despite the above challenges.

The region’s energy and natural resources, as well as its stability, are a strong draw for wealthy investors from the Middle East, while the presence of highly educated and high-income Muslim populations offers a sizable domestic customer base.

This is a segment that has been much neglected despite its desire for sharia-compliant financial products. A new survey of US Muslims by Dinar Standard shows that 65% of respondents want Islamic finance available at their local bank and 57% want to know such products are verified as sharia-compliant.

As they are unable to find avenues within institutional finance to invest in ways that conform to their beliefs many Muslims have fallen victim to ponzi schemes and other scams. High profile cases involving an alleged ponzi scheme in Chicago and insolvency of a mortgage provider in Toronto point to the vulnerability of the nascent industry.

Regulators need to clear the way

Fortunately, banks have been showing increased interest in recent years in adding Islamic finance to their offerings, and mainstream lenders are exploring how to tailor their contracts to meet sharia’s requirements. Goldman Sachs issued its debut sharia- compliant bond last year, becoming the fourth US-based issuer to do so.

And there is also much interest in fusing the similarly fast-growing halal food industry with Islamic finance.

But even if the banks are growing more interested, regulators must get involved to provide sufficient guidance to allow them to move ahead. The fundamentals of Islamic finance need to be strengthened and standardized if it is to emerge as a viable alternative.

At its heart, the purpose of Islamic finance is to promote the social good through financial markets, allowing companies and consumers to raise money while following the moral precepts enshrined in the Koran. But the way it is currently practiced is far away from realizing this goal.

North America has the potential to start afresh and create products that meet both the letter and spirit of Islamic law and lead the world in that effort. That requires creativity, innovation and a great deal of financial engineering –- something US banks in particular have proven to be especially adept at.

Mohammed Ayub Khan is a PhD candidate in the Department of Political Science at McMaster University.

[First published on The Conversation and reprinted on IQRA.ca with permission of the author].