[The following is an edited transcript of a presentation delivered by Muneeb Nasir at an Interfaith Iftar dinner held on Thursday, July 9, 2015 at York University in Toronto. Other panelists were Rev. Meggie Helwig and Dr. Shari Goldberg. The event was organized by Islamic Arts of York and the Intercultural Dialogue Institute-York. The theme for the evening’s program was ‘Fasting and Child Hunger’ ].

We are gathered here to speak about child hunger in the month of Ramadan, the month in which Muslims fast from dawn to sunset.

I am hungry. I am thirsty.

I am going hungry and thirsty by choice.

I am not eating and drinking – not to punish myself unnecessarily – but, because in Islam, fasting has been prescribed by God as one of the fundamental pillars of the faith so that we can achieve mindfulness of God.

The verse in the Qur’an that prescribes fasting reads:

Muslims respond to this call of Allah and fast during Ramadan.

God reminds us in this verse that we are fasting in the tradition of those who came before us.

We are fasting, as our sisters and brothers in the Abrahamic faiths, as well as in other traditions, have done.

Allah is reminding us, as He prescribes fasting, that we are connected through a common prophetic heritage that traces its lineage to Adam, to Noah, to Abraham, to Moses, to Jesus and to Muhammad and all the Prophets and Messengers of One God (may Allah’s peace and mercy be on all of them).

I am fasting by choice.

But this is not the type of fasting that the title of our program this evening implies.

‘Fasting and Child Hunger’ is the title of our program.

The conjunction ‘and’ in the title implies that fasting leads to child poverty.

The fasting we are speaking about tonight is the involuntary fasting – the fasting in which there is no choice.

My fasting is for the purpose of getting closer to Allah, to purify my soul and to improve my behavior.

The involuntary fast of the hungry is not their choice and their wish – circumstances have led them into hunger.

Ramadan has a purpose beyond bringing about spiritual awareness and personal development.

Fasting in Ramadan would be an empty gesture unless it is also a call to action.

Fasting is asking us to take responsibilities for our actions.

It asking us to ask ourselves, What are we doing for others?

How relevant is our fasting if it doesn’t drive us to be concerned about the poor, the hungry, the sick and the oppressed?

Fasting forces us to be concerned about the thousands of Canadians who are homeless on any given night.

It pushes us to empathize with the hungry in this society which is a disgrace in a country so rich – poverty which affects millions of people in Canada; which affects one in every six children in Ontario; and which forces 850,000 Canadians to go to food banks every year.

All of our faith traditions teach us that we find God with the sick, the homeless and the hungry.

There is a sacred tradition in Islam in which Muhammad, the Messenger of Allah (peace and blessings of Allah be upon him) said:

“Allah (mighty and sublime be He) will say on the Day of Resurrection:

O son of Adam, I fell ill and you visited Me not.

He will say: O Lord, and how should I visit You when You are the Lord of the worlds?

O son of Adam, I asked you for food and you fed Me not.

He will say: O Lord, and how should I feed You when You are the Lord of the worlds?

O son of Adam, I asked you to give Me to drink and you gave Me not to drink.

He will say: O Lord, how should I give You to drink when You are the Lord of the worlds?

He will say: My servant So-and-so asked you to give him to drink and you gave him not to drink. Had you given him to drink you would have surely found that with Me.

This sacred tradition is a plea from the sick, the hungry and the thirsty – ‘Is anyone out there?’

These teachings found in our religions are the motivation for people of Faith to serve the homeless, to visit the sick, to feed the hungry, to take care of orphans and vulnerable children.

The scriptural sources in Islam places a great emphasis on feeding the hungry.

Prophet Muhammad, peace be on him, said, “He is not a believer whose stomach is filled while the neighbor goes hungry.”

In another tradition, Prophet Muhammad, peace be on him, said, “Feed the hungry, visit the sick, and set free the captives.”

In Islam, there is the constant exhortation to followers to feed the hungry, the destitute and the orphan.

The virtuous people are described in the Qur’an as: “they give food to the poor, the orphan, and the captive, though they love it themselves, saying: “We feed you for the sake of God alone, and We seek neither recompense nor thanks from you.” (Qur’an, 76:8-9).

In the Qur’an God asks:

“Have you considered the one who denies the Judgment?

This is the obligatory contribution of a minimum of 2.5% annually of one’s wealth, after meeting one’s needs, in support of the poor or needy or for other charitable purposes.

Zakat is meant to re-balance the wealth in a society.

Zakat is considered as one of the highest duties of Islamic religious practice.

These are a few examples showing how closely Islam ties faith to actions that show concern for one’s fellow human beings and how it disowns those who do not care about the suffering and hunger of others.

The case of vulnerable children is given extraordinary emphasis in the religion.

The Prophet Muhammad, peace be on him, was an orphan.

His father died before he was born. His mother died when he was a child.

And it a very poignant chapter of the Qur’an, which Muslims find very touching, God consoles Muhammad, peace be on him.

“Your Lord has not forsaken you, nor does He hate you, and the future will be better for you than the past;

Your Lord is sure to give you [so much] that you will be well pleased.

Did He not find you an orphan and shelter you?

Find you lost and guide you, find you in need and satisfy your need?”

[after these reassurances, God provides the teaching]:

These teachings in the Qur’an present the Islamic positions with regard to hunger and poverty.

Twenty-five years ago (1989), the Canadian House of Commons unanimously passed a resolution to abolish child poverty by the year 2000.

Where are we today?

Instead of moving forward we are peddling backwards.

Campaign 2000 urged the federal government to show real leadership, and the needs of low-income families must be given priority.

From what we have heard tonight, hunger is a growing, and dare I say, shameful issue in Canada – the proliferation of food banks is quite troubling.

Each month, close to 850,000 Canadians are assisted by food banks, and 36.4% of those helped are children and youth.

Who is turning to food banks?

The people who are going to food banks include families with children, employed people whose wages are not sufficient to cover basic living essentials, individuals on social assistance, and Canadians living on a fixed income, including people with disabilities and seniors.

Poverty is a complex issue with political, economic and social dimensions – it is related to lack of affordable housing; fair living wages; ineffective social assistance; lack of supports to struggling families; food insecurity in Canada’s north.

Poverty is deepening in out city affecting racialized groups, new Canadians and is no longer an inner city issue but it is everywhere around us.

What can we do as people of Faith drawing from our religious traditions?

We are obliged to assist those who are hungry and in poverty – donating to assist families, volunteering our time, opening our places of worship to help the homeless.

But assistance must go beyond meeting the immediate needs and we must advocate for the hungry and for the children – we must be the voice of the voiceless.

Overcoming poverty is about justice and honoring the dignity of human beings.

Nelson Mandela said, “Overcoming poverty is not a gesture of charity. It is an act of justice. It is the protection of a fundamental human right, the right to dignity and a decent life.

Unfortunately, there is this idea that we separate out people into ‘deserving’ and ‘undeserving’ poor’.

This idea has returned into the discourse and thinking of our societies today – that a whole category of people are responsible – and are to be blamed – for their own misfortune.

The Qur’an says that God has given dignity to each human being.

Islam and other religions do not blame the person of the poor for their poverty.

Secondly, we are living in a competitive and individualistic world and it is easy to shift responsibility totally onto the individual for getting out of their difficulties.

And we are much more easily accepting and resigning ourselves to the status quo.

We must all admit the individual solutions to hunger will only take us so far.

It’s when we come together that we get results.

All of our religions are built on wishing for our fellow humans what we love for ourselves.

It is about coming together to help others.

Child hunger and poverty is complex issue that requires a multi-layered approach – we need governments at all levels to step up but also business, civil and faith institutions are needed.

Hopefully, this initiative that was the result of input from many groups, will kick start a process to reduce poverty in Toronto.

In conclusion, we must respond to poverty but we must not only deal with the symptoms but work on the root causes.

And to get results, we must reach out to those whom we know and those we do not know and come together.

I want to leave you with these words from the Prophet Muhammad, peace be on him.

A man once asked the Prophet (peace be on him): “What sort of deeds or (what qualities of) Islam are good?”

In this intriguing statement of Prophet, there is wisdom: Respond, build relationships, and be connected with your neighbors.

For, it is only when we band together that we will be able to deal with the injustice of poverty. 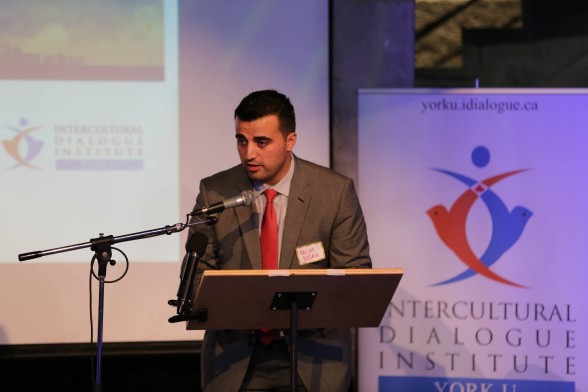 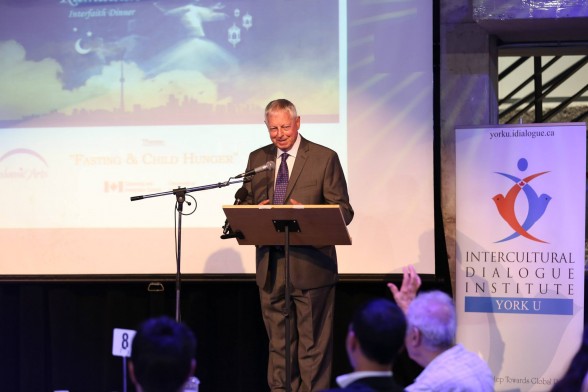 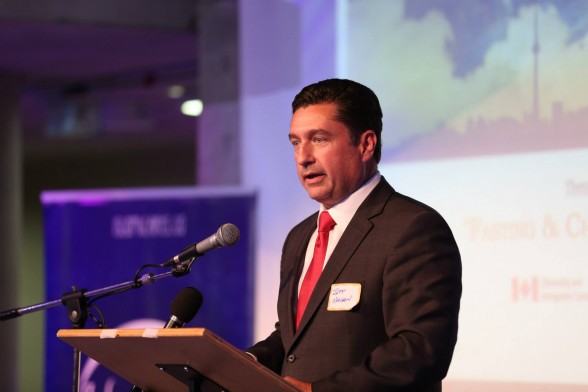 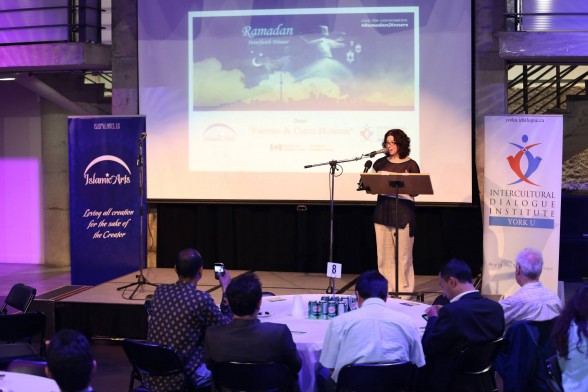 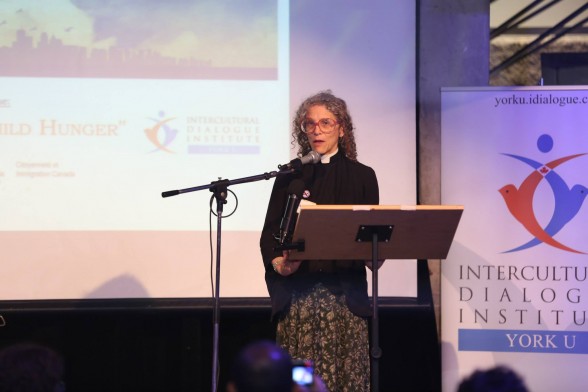 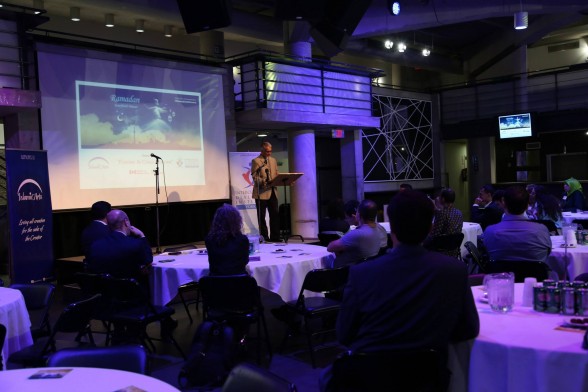 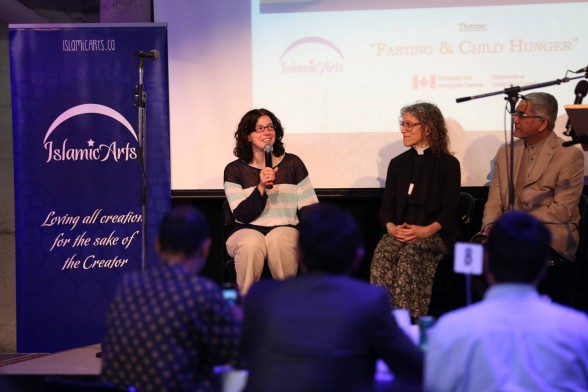 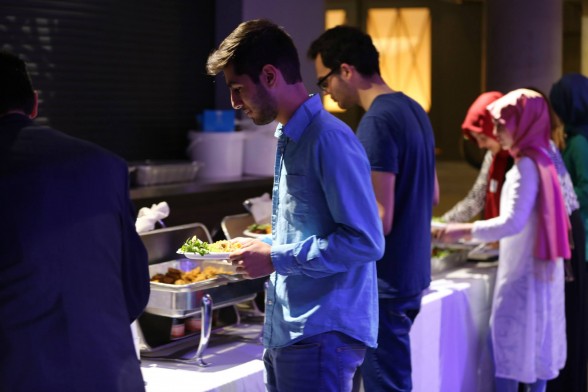 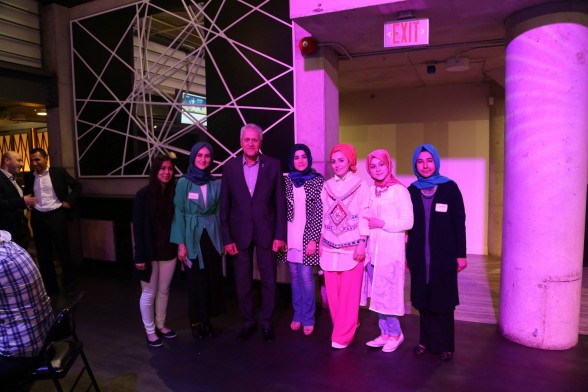 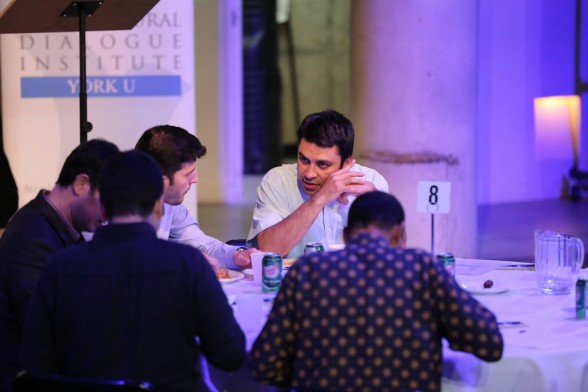