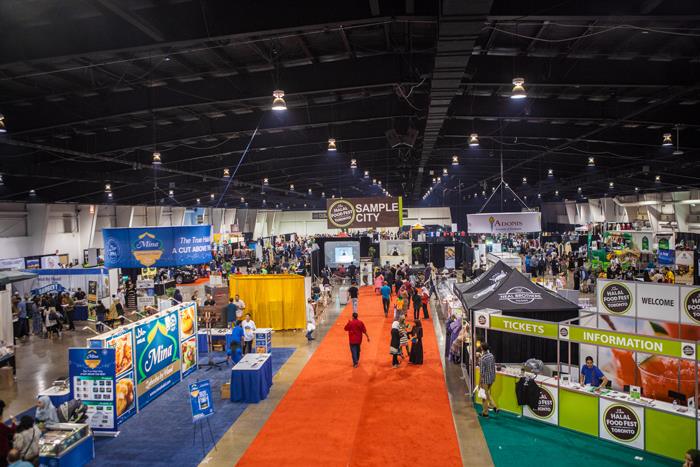 (May 27, 2015) – The largest halal food festival in North America is set for May 30 and 31 at the International Centre in the Greater Toronto Area.

“We’re extremely excited to be bringing Halal Food Fest back for a third year,” said Salima Jivraj, Founder, Halal Food Fest. “Almost a fifth of last year’s visitors were tourists from all across North America, which reflects the increase in demand for halal products, and shows that the event has really become a destination for people looking to sample and learn about halal food options.”

Over 27,000 visitors attended the Halal Food Fest in 2014 and organizers are expecting a larger turnout this year from across the U.S. and Canada. One-third of last year’s attendees were under 16.

Canada’s halal food market is currently estimated to be a $1 billion industry, and the demand for halal options has increased along with Canada’s Muslim population, which grew 82 per cent over the last decade, and is expected to triple by 2031.

In addition to the halal food exhibitors, there will also a shopping area and a 5,000 square foot playground for kids. 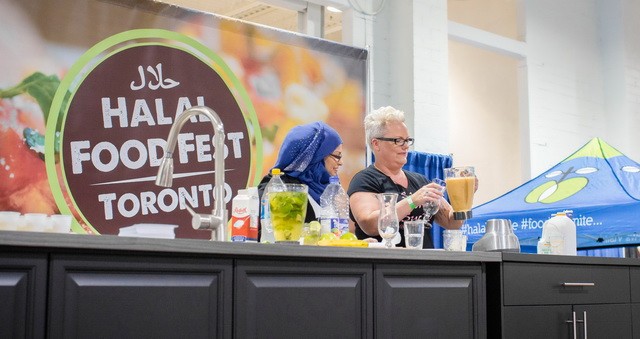 An outdoor area will feature a halal Rib Fest and a Grill Master competition, which pits amateur barbecue home chefs against each other.

“Halal Food Fest is a celebration of Toronto’s diverse and delicious food trends, and we are thrilled to be sharing in this experience with the community,” said Shilo Balgobin, Marketing Manager, Mina Foods. “Mina is proud to support the growing needs of Muslim Canadians by ensuring that authentic Zabeeha by hand halal products are conveniently and readily available at our local grocery stores nationally.”

With Ramadan only two weeks away from the Halal Food Fest, a well-known relief agency, the International Development and Relief Foundation (IDRF) will also be hosting a Toonie for One Drop program during the festival. The campaign will raise funds to build and provide access to safe water around the world.

The Greater Toronto Area has the largest concentration of Muslims in Canada.

The vibrant Muslim community in the area is the host to two other large annual gatherings of North American Muslims, the Reviving the Islamic Spirit (RIS) Convention in December and the summer festival, MuslimFest that is set for August 1 – 2.

A recent survey showed that the overwhelming majority of Muslims are proud to be Canadian, and that they are more educated than the general population.