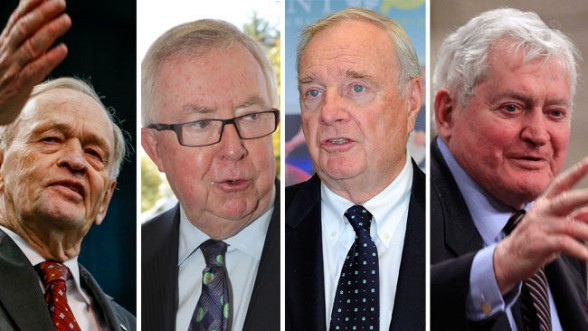 (February 19, 2015) – Today, four former prime ministers published a statement in The Globe and Mail and La Presse calling urgently for an enhanced approach to national security review and oversight in the country.

“The four of us most certainly know the enormity of the responsibility of keeping Canada safe, something always front of mind for a prime minister,” wrote the former Prime Ministers. “We have come together with 18 other Canadians who have served as Supreme Court of Canada justices, ministers of justice and of public safety, solicitors-general, members of the Security and Intelligence Review Committee and commissioners responsible for overseeing the RCMP and upholding privacy laws.”

The House of Commons is currently debating Bill C-51, which would give CSIS broad powers to deal with suspected threats to national security.

“Oversight and review mechanisms are necessary to make sure that powers are being exercised lawfully, and that government officials are not called upon to undertake activities that might expose them or Canada to legal liability either at home or abroad.”