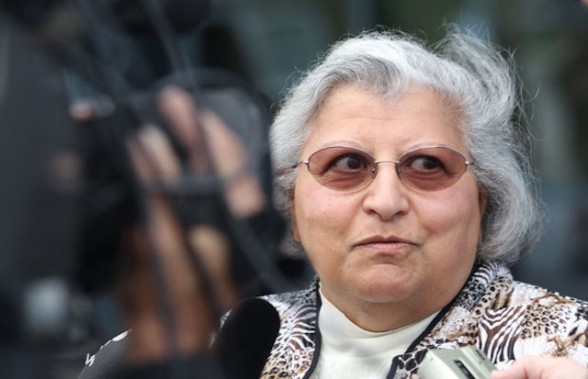 (May 5, 2015) – Ottawa resident, Dr. Safaa Fouda was awarded the Mayor’s City Builder Award on April 29th for her volunteer work in bringing Canadians, new immigrants, and faith groups together with the goal of promoting mutual understanding and compassion.

Dr. Fouda is a pioneering female engineer who moved to Canada from Egypt in 1969 and holds a Ph.D. in chemical engineering.

She retired in 2005 as Deputy General for the CANMET Energy Technology Centre, Natural Resources Canada.

“I am grateful and humbled to get this recognition which belongs to many individuals and groups with whom I worked over the years,” Dr. Fouda told IQRA. “When people work together, they get to know one another and realize their common goals to benefit humanity.”

“This builds the bridges of peace we all want for our city and for Canada as a whole.” 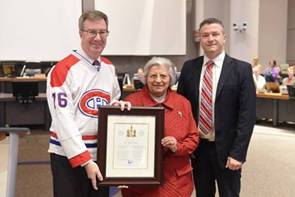 During her career, she volunteered in a broad range of advisory committee roles with various federal government departments, and with the Police and RCMP as a consultant on the tenets of the Muslim faith.

Dr. Fouda is an interfaith advocate and has worked to help immigrants integrate into and serve their new community, and to promoting shared respect and common values.

The Mayor’s City Builder Award is a civic honour created to recognize an individual, group or organization that has, through outstanding volunteerism or exemplary action, demonstrated an extraordinary commitment to making Ottawa a better place today and for the future.