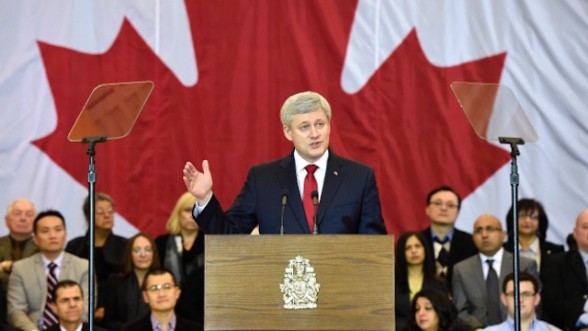 The National Council of Canadian Muslims (NCCM) and the Canadian Muslim Lawyers’ Association (CMLA) noted that during his announcement of Bill C-51, titled the Anti-Terrorism Act, 2015, on January 30th in Richmond Hill, Ontario, the Prime Minister said, “It doesn’t matter what the age of a person is, or whether they’re in their basement, or whether they’re in a mosque or somewhere else. When you are engaged in activities that explicitly promote or advocate terrorism, that is a serious criminal offence no matter who you are.”

In a joint statement released today, the NCCM and CMLA said, “Canadian Muslims are deeply troubled by the Prime Minister’s comments last Friday which implicated Canadian mosques as venues where terrorism is advocated or promoted.  The words used by our elected leaders have a profound impact on public perceptions.”

“At a time when Canadian Muslims have faced hateful attacks and vandalism against their places of worship, the Prime Minister’s remarks have regrettably cast an unjust shadow of suspicion on Canadian Muslim communities and have distorted the nature of security threats,” noted the two organizations.

The groups said that Canadian Mosques and organizations are at the forefront in confronting terrorism and they are calling on the Prime Minister to ‘unconditionally apologize.’

“We remind the Prime Minister that Canadian mosques and Islamic associations across the country are at the forefront in confronting radicalization towards violent extremism and have and continue to work hand-in-hand with law enforcement and security agencies to promote public safety,” the statement said.

“We urge the Prime Minister to unconditionally apologize for his ill-advised comments and to meet with mainstream Canadian Muslims to better understand the important role community institutions are playing in countering the ideology of violent extremism.”