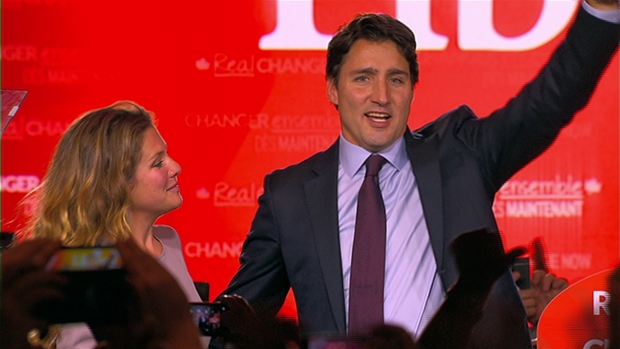 (October 21, 2015) – The National Council of Canadian Muslims (NCCM) has sent congratulations to the Liberal Party of Canada and its leader Justin Trudeau on their historic victory in Canada’s 42nd general election.

“We commend the Liberal Party of Canada and Prime Minister-designate Justin Trudeau on their election victory and for running a campaign based on inclusiveness and on promoting the strength of a diverse Canada,” said Kashif A. Ahmed, NCCM Board Chair.

In less than three years, Trudeau took the Liberal party from third place in the House of Commons to a majority government — and he did so after trailing badly early in the election campaign.

“Canada witnessed the highest turnout of voters in decades and Canadians are now more engaged about the issues that impact them.

“In the coming weeks and months, Canadian Muslims and their fellow citizens will expect decisive steps from their new government to protect civil liberties promote social cohesion and reaffirm the inclusive nature of our country,” he added.

“But many are expressing hope that Canadian values of multiculturalism, cohesion, and mutual understanding have been strengthened.”

The Liberals were elected in 184 ridings, with Trudeau winning his Montreal district. The party needed 170 to gain a majority.

The Conservatives were next with 99, followed by the New Democrats at 44 and Bloc Quebecois with 10. 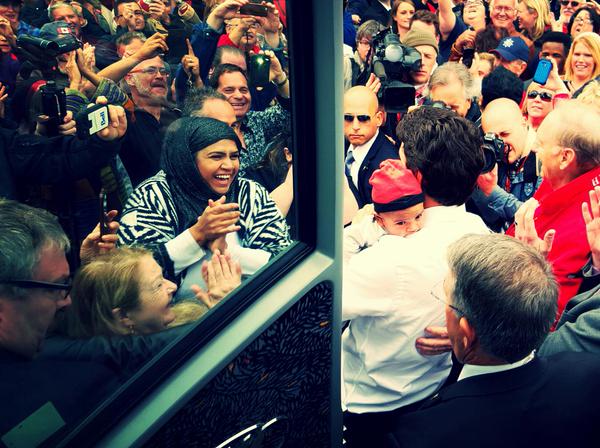 In his acceptance speech, Justin Trudeau shared an anecdote, alluding to the niqab issue that had plagued the election campaign.

Former Prime Minister Stephen Harper had tried to ban women from wearing the niqab during citizenship ceremonies, which the Supreme Court overturned.

“Last week, I met a young mom in St. Catharines, Ontario; she practices the Muslim faith and wears a hijab; she made her way through the crowd and handed me her infant daughter. And as she leaned forward, she said something that I will never forget. She said she is voting for us because she wants to make sure that her little girl has the right to make her own choices in life and that her government will protect those rights,” said Trudeau.

“To her I say this – you and your fellow citizens have chosen a new government, a government that believes deeply in the diversity of our country. We know in our bones that Canada was built by people from all corners of the world, who worship every faith, who belong to every culture, who speak every language,” continued the Prime Minister designate.

“We believe in our hearts that this country’s unique diversity is a blessing bestowed upon us by previous generations of Canadians, Canadians who stared down prejudice and fought discrimination in all its forms. We know our enviably inclusive society didn’t happen by accident and wouldn’t continue without effort. I have always known this, Canadians know it too.”