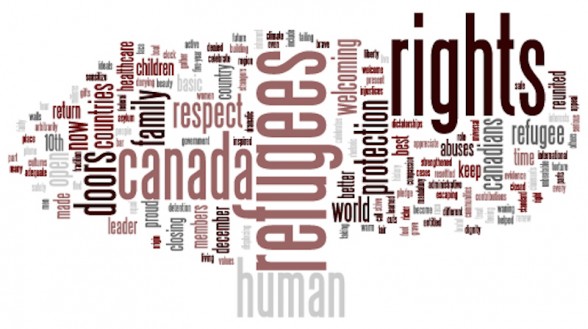 The Canadian Council for Refugees is deeply concerned at the rise of intolerance towards Muslims in Canada and calls on political, community and faith leaders to take strong, positive action in response.

Muslim refugees and immigrants arriving in Canada now face increased prejudice and hostility, which greatly undermine efforts to welcome them and support them as they seek to integrate into Canadian society.

Muslims bear the overwhelming brunt of anti-terrorism measures, which constantly remind them that, whatever they do or say, they are viewed with suspicion.

Canadians’ disproportionate focus on the head coverings worn by some Muslim women is causing much distress for Muslims, while distracting attention from very real problems, such as the discrimination faced by Muslims in the Canadian labour market.

At a time when Canadians are concerned about potential radicalization of youth, stereotyping of Muslims is dangerously counter-productive, since it can make Muslim young persons question whether they can ever fully belong in Canadian society.

If intolerance towards Muslims is allowed to continue to grow, there is a real danger that it will influence policies respecting which refugees are selected for resettlement.

This would be contrary to the fundamental principle underlying refugee protection, which requires us to respond to refugees based on need, without discrimination.

The CCR notes with concern that there are already signs that there may be a bias against Muslim refugees.

In 2012, in selecting priority populations for resettlement to Canada from among refugee groups recommended by the UNHCR, the Minister of Citizenship and Immigration rejected Somalis and Afghans, two populations that are mostly Muslim.

More recently the government has stated that it will give priority to religious minorities in responding to Syrian refugees, thereby implying discrimination against Muslim Syrians.

The CCR believes that political, community and faith leaders have a particular responsibility in the current context to promote the shared Canadian values of welcome, diversity and inclusion.

Learning from the best parts of our traditions, leaders can show Canadians by example how to make space for dialogue and to get to know our neighbours.

Muslim Canadians are being challenged daily to prove their loyalty to Canadian values.

The CCR challenges non-Muslim Canadians to reflect on how well they are living up to Canadian values of tolerance, non-discrimination and openness.

Intolerance towards Muslims is not a problem simply for Muslims: it affects us all.

When one group is attacked, we are all diminished.

We are protecting ourselves when we act to protect a group that is facing discrimination, and we all benefit when we create a welcoming spirit for all.

[Statement reprinted on IQRA.ca with permission of the Canadian Council for Refugees].