(December 15, 2015) – Intercultural Dialogue Institute (IDI GTA) has announced this year’s recipients of its Peace and Dialogue Awards that honour individuals and organizations for their exemplary leadership and commitment to advancing peace and strengthening social harmony in Canadian society.

The 2106 Peace & Dialogue Award Recipients are:

The Selection and Hosting Committee were:

While evaluating the nominations, the committee considered a variety of factors including outstanding leadership, community engagement, contribution to the advancement of peace and social cohesion.

The awards will be presented at a special ceremony on Tuesday, January 19th, 2016 at 6:30pm at the Fairmont Royal York Hotel.

A number of distinguished guests are expected to attend the event including The Honourable Elizabeth Dowdeswell, Lieutenant Governor of Ontario who will be the guest of honour.

The theme of the Awards Ceremony is ‘Citizenship and Identity’ and the keynote speaker will be Dr. Stephen Toope, Director, Munk School of Global Affairs, University of Toronto. 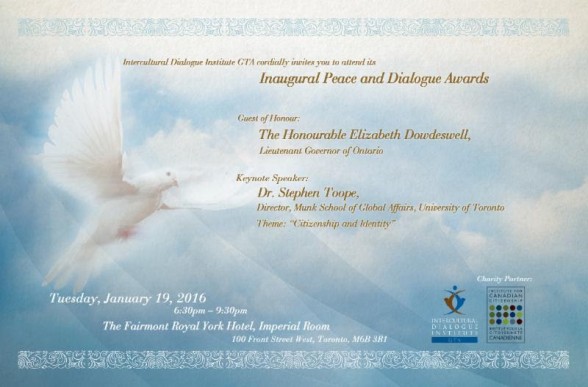 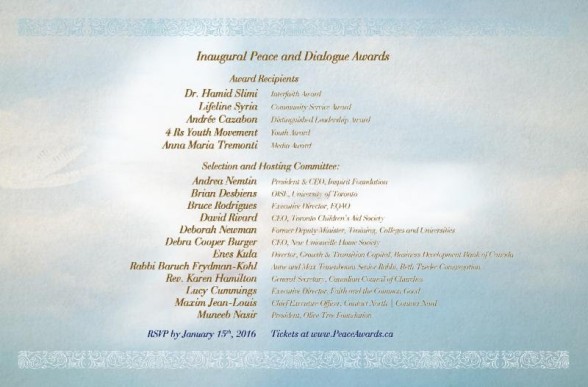