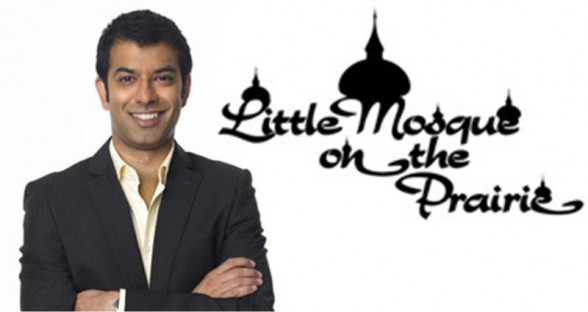 (May 29, 2014) – The City of Toronto announced today the appointment of Zaib Shaikh as Toronto’s new Film Commissioner and Director of Entertainment Industries.

Councillor Michael Thompson (Ward 37 Scarborough Centre), Chair of the Economic Development and Culture Committee, made the announcement at an event at City Hall.

Born and raised in Toronto, Mr. Shaikh is a well-known actor, writer, director and producer. He is probably best known for his starring role as Imam Amaar Rashid on CBC’s international hit comedy Little Mosque on the Prairie.

“I congratulate Mr. Shaikh on his appointment,” said Deputy Mayor Norm Kelly. “His industry knowledge and his business skills will serve him very well in this strategically important role with the City of Toronto. I know that he will care for, grow and nurture the local industry that represents over a billion dollars in annual investment along with 25,000 jobs in this key economic sector.”

“On television, Zaib has portrayed a spiritual leader,” said Councillor Thompson. “Today, he assumes the real-life role of industry leader and champion. He will use his vast knowledge and experience to build upon Toronto’s legacy as a film and television hub, with a focus on engaging and expanding partnerships in our city’s evolving media and entertainment landscape.”

“Having spent the last 20 years in the business, whether on film, television or stage in Toronto and Canada, I’m honoured to join the City’s Film and Entertainment group,” said Shaikh. “Our plan is to make Toronto the number one city to produce, create and consume premium and internationally diverse film, television, music and digital media content. I also look forward to leading the City’s efforts to increase tourism and the positive impact of the many special events we do and could host.”

“The media entertainment industries are central to Toronto’s cultural vitality and economic strength,” said Mike Williams, General Manager of the Economic Development and Culture Division. “Zaib has the experience and he understands how to create excitement in these industries for Toronto and, in his new role, he will lead our efforts to grow Toronto as a top entertainment and tourism destination while opening up the global industry to the diversity and creativity of Torontonians and Canadians.”