(December 27, 2014) – For over 20,000 Muslim visitors, speakers on the second day of Reviving Islamic Spirit convention in Toronto urged them to reconnect with their religious sources to bring about personal and communal change and to engage in service to humanity. 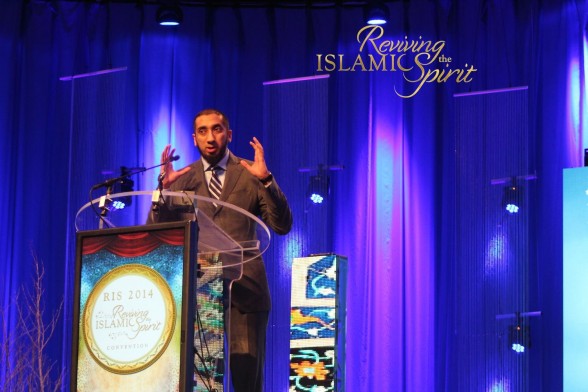 Ustadh Nouman Ali Khan is the founder and CEO of Bayyinah and serves as a lead instructor for several traveling seminars. He brought his unique style of explaining the Qur’anic message to a session later in the evening that resonated with the youthful crowd, many of whom gave him a standing ovation following his talk.

“Your parents force you to go to college, I’m forcing you to study Islam, so you will bring the two together,” Ustad Nouman Khan challenged to youths in the audience. “Go into any field with one thing is mind – service. Service to our Ummah, our world, and our Creator.”

Ambassador Shabazz, eldest daughter of the late Malcolm X Shabazz, commended the youths who started the convention 12 years ago and for providing an open platform and space for all peoples.

“This is a family reunion,” observed Ambassador Shabazz. “We are united by the spirit of Islam; we are threaded by the words of Allah.”

“We cannot think of uniting with others until we have united amongst ourselves,” she advised.

The convention took a break from lectures in the early evening with performances by two leading artists in the Muslim world, Sami Yusuf and Isam Bachiri, to the delight of the packed auditorium. The hall was transformed into a see of lights as audience members waved their phones to the popular nasheeds of Sami Yusuf.

A major highlight of the second day’s program was an address by Shaykh Abdallah Bin Bayyah on the topic, ‘Fiqh of Reality: When Fiqh Meets Fact, How Do We Act?’

“In our approaches to removing injustices, we should not create further injustices,” said Shaykh Abdallah Bin Bayyah.

“To the youth – learn your religion because sometimes you think you are doing good but then you end up doing harm.”

Shaykh Abdullah bin Bayyah is one of Islam’s greatest living jurist. A well-known and well-respected scholar, he is considered a “scholars’ scholar” since many of his students are considered Ulama in their own right. 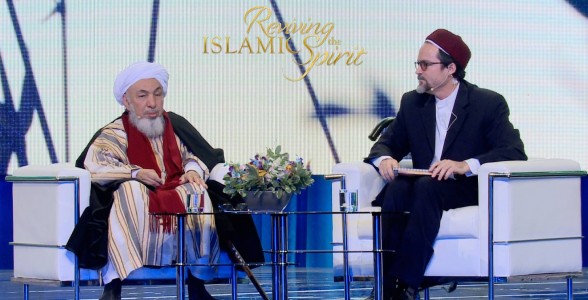 “I want to see young people flourishing, and on a path of benefit, rather than a path of destruction and despair,” noted Shaykh Abdallah bin Bayyah.

The Convention, themed ‘He Came to Teach You Your Religion – Prophetic Answers to Angelic Questions’, is set to conclude on Sunday evening.