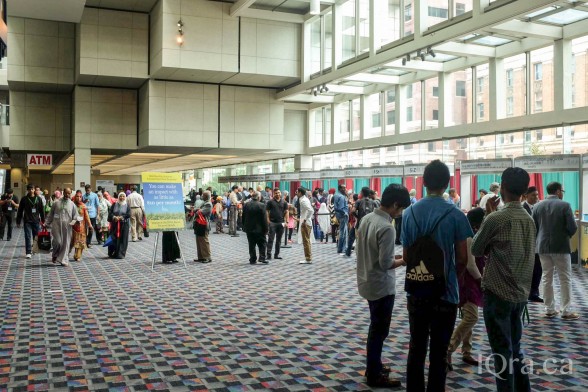 (August 29, 2014) – Thousands of people from across North America gathered today in Detroit for the start of the 51st Annual Convention of the Islamic Society of North America (ISNA).

“I am thrilled and happy that we chose Detroit for this year’s convention,” said Imam Mohamed Magid in his welcome address to the inaugural session. “We thank Allah and all the brothers and sisters in Detroit and ISNA staff for helping to plan this gathering.” 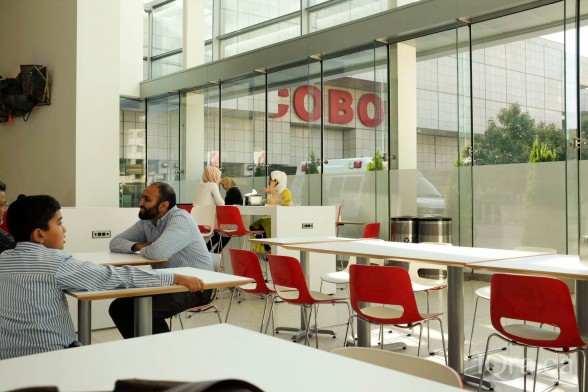 The Islamic Society of North America (ISNA), based in Plainfield, Indiana, is the largest Muslim organization in North America.

Founded in 1963, ISNA’s goal is “to be an exemplary and unifying Islamic organization in North America that contributes to the betterment of the Muslim community and society at large.” 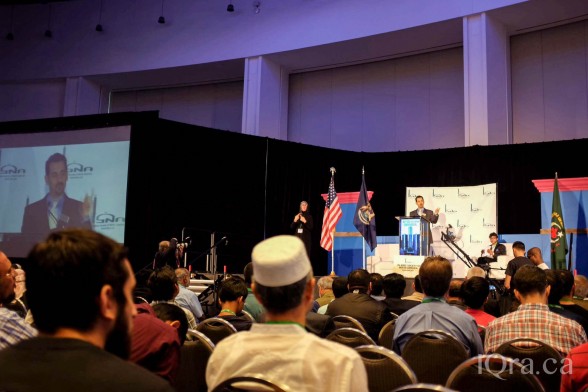 “I want you to engage with ISNA,” Hazem Bata said in his welcome remarks. “I want feedback from our community.”

The Annual Convention is being held at Detroit’s Cobo Center from Friday, August 29 through Monday, Sept. 1. The theme of the convention is “GENERATIONS RISE: Elevating Muslim American Culture.” 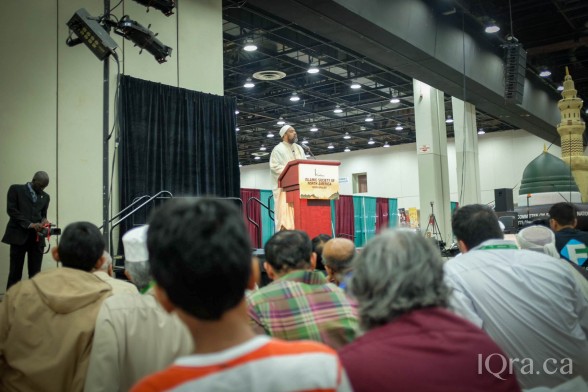 In his Friday Khutba (sermon), Imam Mohamed Magid called for a generation of American Muslims who will engage with their society and be grateful for what the early generations of Muslims have done.

“We need a generation that calls all humanity to good,” he said. “They should be grateful to their parents but they should be able to take it to the next level.” 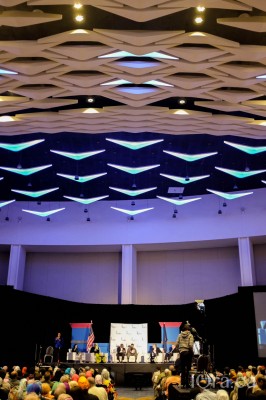 The convention delegates were welcomed by Michigan Governor, Rick Snyder and addressed by Elizabeth Eaton, Presiding Bishop of the Evangelical Lutheran Church in America.

“We want peace, we want people to live in wholeness that God has defined,” said Bishop Elizabeth Eaton. “We cannot allow extremist voices to drown out the moderates.”

“It is possible for people of faith to live and work together,” she added.

The evening session titled ‘GenerationRise’ featured a panel of young leaders and activists in a conversation that focused on some of the ideas, opportunities, and challenges shaping the future of Islam in America and beyond.

The final session titled ‘Why Culture Matters’ discussed why culture matters and what healthy culture looks like for a vibrant religious community in America. 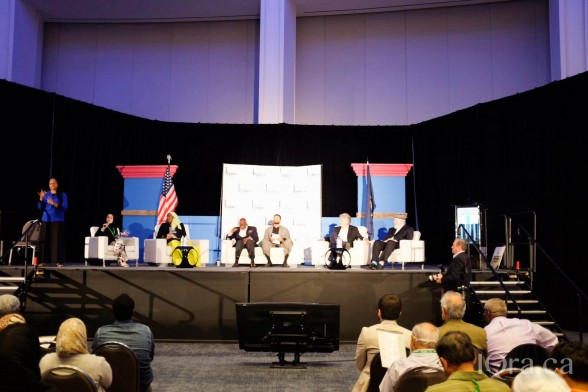 Panelists Su’ad Abdul Khabeer, Alex Kronemer, Zaid Shakir, Ali Newman, and Sherman Jackson offered reflections on how culture can be used as a positive vehicle for transmitting Islamic values from one generation to the next.

ISNA mission is to be ‘an association of Muslim organizations and individuals that provides a common platform for presenting Islam, supporting Muslim communities, developing educational, social and outreach programs and fostering good relations with other religious communities, and civic and service organizations.’