[On June 27th, 2014 the Intercultural Dialogue Institute (IDI – GTA) held a Pre-Ramadan Dinner at the Art Gallery of Mississauga as part of its annual series of “Community Iftar (fast-breaking) Dinners” during the month of Ramadan.

The Iftar dinners bring together people of various faith and ethno-cultural backgrounds and serve as a means of fostering dialogue and cross-cultural awareness. Each of these dinners has received many attendees from all walks of life including government representatives, MPs, MPPs, diplomats, bureaucrats, professionals, business people, representatives from media and academia, as well as religious and community leaders.

The keynote address at the Pre-Ramadan Dinner was delivered by Muneeb Nasir, President of the Olive Tree Foundation. The following is the text of his speech].

The Sacred Art of Fasting

Greetings of Peace, mercy and blessings of God – Assalaamu ‘alaikum.

I would like to thank the Intercultural Dialogue Institute for this kind invitation to speak and reflect on fasting that is on the minds and preoccupying ten of millions of people throughout the world today.

As we speak, families are making plans, children are getting excited, homes are being decorated, special foods and ingredients are being purchased, there is an air of expectation to welcome a most noble guest, Ramadan, the Muslim month of fasting.

In homes, villages, towns, and cities, Muslims are responding to the call of God found in Qur’an, the Muslim scriptures:

“You who believe, fasting is prescribed for you, as it was on those before you, so that you may be mindful of God.”(Qur’an, 2:183).

In the overwhelming response of Muslims, we are seeing an incredible showcase of faith and commitment to God. 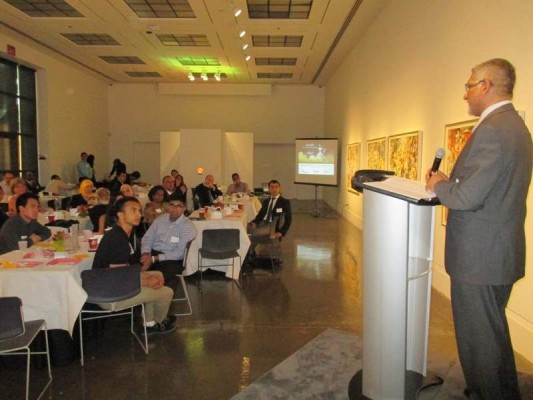 Fethullah Gulen, the contemporary Muslim religious leader, wrote poetically about the excitement of Ramadan and uniqueness of fasting that Muslims are eagerly await tonight.

He wrote in an article, “The Month Overflowing With Mercy”[1]

“Throughout Ramadan a sacred excitement that never fully ceases, can be sensed in the air; every single moment – from the legendary fascination of the nights to the mysterious minutes before dawn, from the course of days blessed by Ramadan, to the colors of the Ramadan dawn with its heavenly inspiration; a different flood of emotions prevail every moment.”

Ramadan is set to begin in a few hours and there is excitement in the air.

Ramadan is well known as the famous month-long fast of Islam. 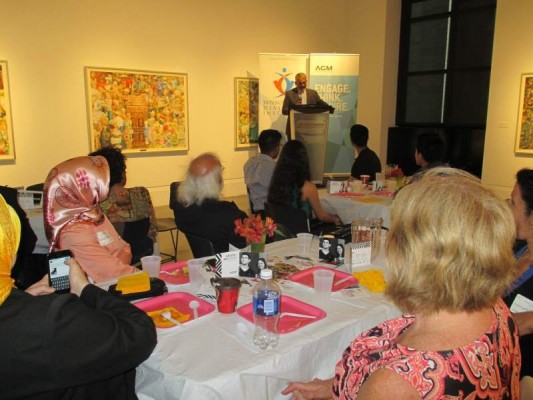 During the month of Ramadan, Muslims fast from dawn until sunset, every single day throughout the entire month.

This is not considered optional for the religiously observant Muslim but is regarded as a compulsory religious duty – it is one of “Five Pillars of Islam.”

Fasting during Ramadan means no eating, no drinking (not even water), and no marital relations from dawn till dusk.

Fasting is not required of young children, and exceptions are permitted for illness, old age, pregnancy, and similar extenuating circumstances.

In the month of Ramadan, the Prophet Muhammad, peace be on him, first began to receive the divine revelations from God that would then continue for the remaining 23 years of his life, and which would subsequently be compiled by his followers as the holy Quran, which Muslims revere as the actual Word of God. 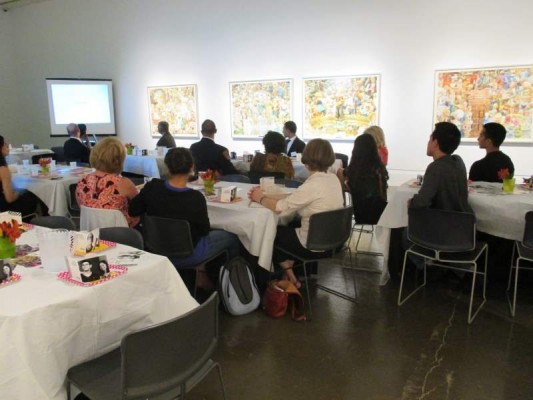 The daily fast is broken at sunset with an evening meal known as Iftar.

The Iftar meal is frequently a chance for social gathering and religious fellowship.

The entire month-long fast of Ramadan concludes with the festive annual celebration of Eid al-Fitr, one of the Islamic calendar’s major holidays.

Fasting is a tradition found in all major religions. 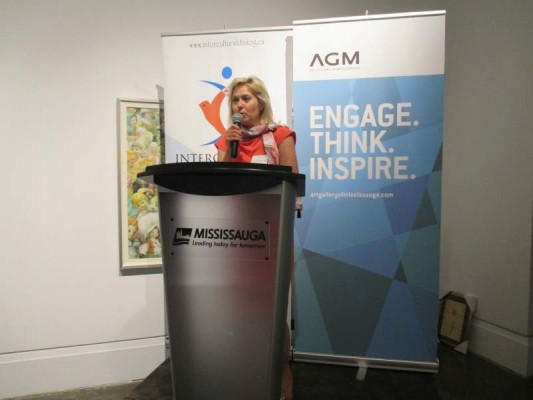 Rev. Thomas Ryan, a Catholic Priest and member of the Paulist Fathers, wrote in his book, ‘The Sacred Art of Fasting’, that fasting in all religions is not just about penance and punishing one’s self – but fasting is indeed a sacred art that transcends the physical act of deprivation:

“Fasting as a religious act increases our sensitivity to that mystery always and everywhere present to us…. It is an invitation to awareness, a call to compassion for the needy, a cry of distress, and a song of joy. It is a discipline of self-restraint, a ritual of purification, and a sanctuary for offerings of atonement. It is a wellspring for the spiritually dry, a compass for the spiritually lost, and inner nourishment for the spiritually hungry.”[2]

In Islam, fasting is a sacred art. 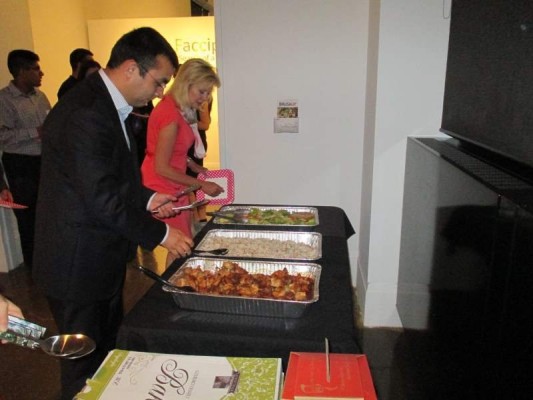 There is a saying in one of the sacred traditions (hadith Qudsi) that Prophet Muhammad, peace be on him, said, “God said, ‘All the deeds of sons of Adam (people) are for them, except fasting which is for Me, and I will give the reward for it.’

As God rewards, fasting is the wellspring for the spiritually dry.

In contrast to some of these popular eclectic practices, for those Canadian Muslims who are religiously observant (which is not all, by any means) they fast (and he marvelled that): “Ramadan is quite a big commitment, especially during August.”[3]

Douglas Todd recognised that what Muslims are doing in Ramadan is counter-cultural and quite extraordinary in today’s world which looks suspiciously at religious practices such as fasting. 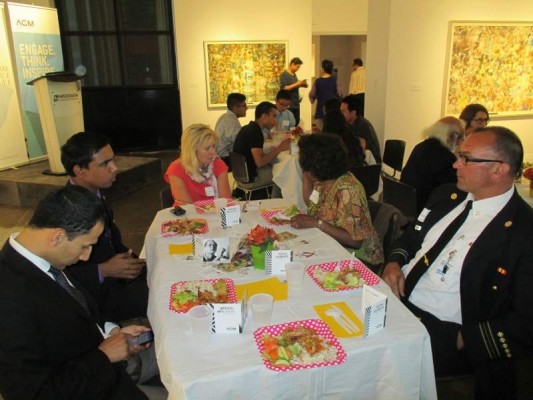 Ramadan is indeed a big commitment and it is not quite that easy for those who are not initiated into the art of fasting.

It is a month of abrupt changes.

For a month, the fasting person takes a break from their usual lives to return to meaning and essentials, breaking with their habits of consumption, and interrupting the rhythms of their daily life.

The abrupt changes brought about in Ramadan are an invitation to a transformation and reform of ourselves.

At the heart of our consumer society, where we are used to easy access to anything we wish, and where we are driven by individualism in our daily lives, this month requires from everyone that we come back to the centre and the meaning of our life. 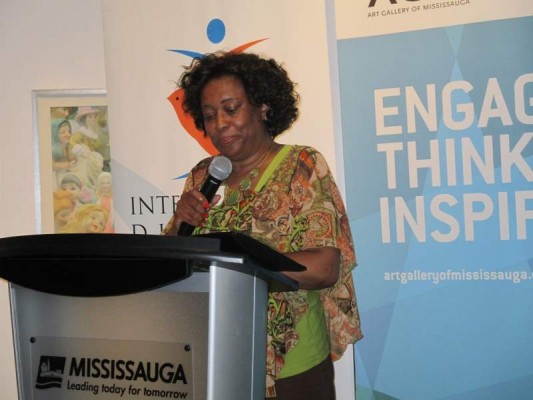 The Muslim scholar, Fethullah Gulen said, “It (Ramadan) is a banquet of emotions and ideas for everyone in varying dimensions, and reminds us all, one more time, about life.”[4]

Ramadan is asking us to ask ourselves: What meaning have I given to my life?

What about God in my life?

We become so immersed in the life of this world that we loose the awareness required to live as a moral person.

Zoologists tell us that it is unlikely that creatures deep in the sea have any kind of awareness of what it means to be wet.

But the irony is not restricted to fish.

The greater the immersion, the less aware we become of it.

This is an observation generally agreed upon among religions, that there is indeed an immersion in the fleeting realm, and it’s nearly impossible to escape it without help.[5] 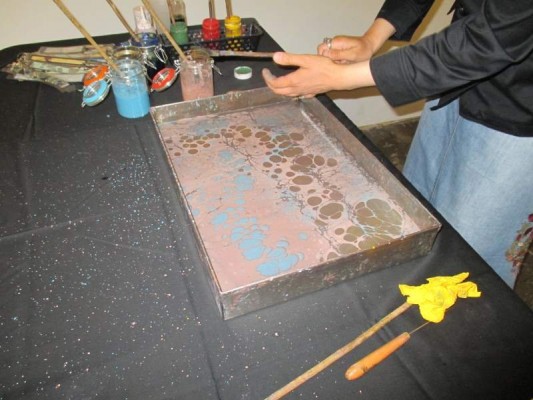 Immmersion in the fleeting world can lead to unawareness of the divine.

And after a while, we’re disabled from even noticing.

We end up going through life in a trance and in auto-pilot.

Sociologists tell us of a phenomenon they refer to as urban trance – people on the streets are less likely to notice, greet or offer assistance to others – they are busy texting on their cell phones or scrolling away on their smart phones or plugged into some device.

This social autism is a consequence of technology’s invasion into our daily lives.

We’re so wired to technology that we’re disconnecting from who we’re wired to be – kind, compassionate and emphatic human beings who take interest in others, serve others, grateful to others, and grateful to God. 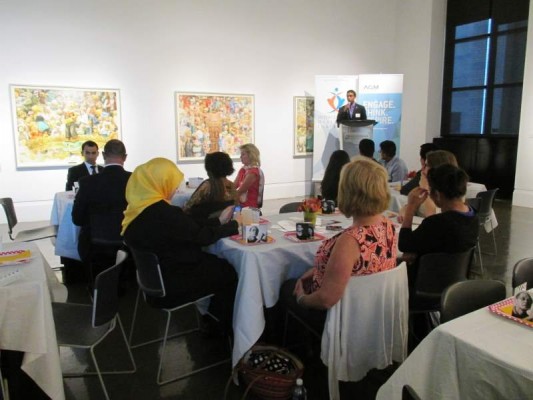 A few years ago, the then Toronto Star columnist, Rick Salutin described his experience of fasting in Ramadan.

He wrote: “For a few days this week, my son and I had some Muslim Arab kids from the Mideast, ages 8 and 12, up at the cottage. They’ve been in Canada for two years. Since it was Ramadan, we decided to fast with them.”

Salutin describes his experience of fasting: “It induced a kind of — I don’t know the precise word — quietude, even in young kids. You husband your resources, consciously and/or unconsciously. Almost by default, a sort of meditative mood sets in.”

Rick Salutin concluded that in today’s world people could all do with “a dose of Ramadan (under another name) as it might restore some calm and an ability to think rationally.”[6]

Fasting brings us out of auto-pilot mode but it also gives us a heightened sense of the social inequalities in the world.

Fasting forces us to question the way we relate to wealth and consumption because we experience hunger and thirst on a very personal level, and can sympathize with those in the world who have little to eat every day.

It forces us to be concerned about the thousands of our fellow citizens who are dealing with poverty or who are homeless on any given night.

It awakens us to the fact that we are being clothed through the sweat of workers in developing countries who are, for the most part, not being paid fair wages.

Ramadan gives us this sensitivity to the social injustices and it also give us an appreciation of the many blessings we have. 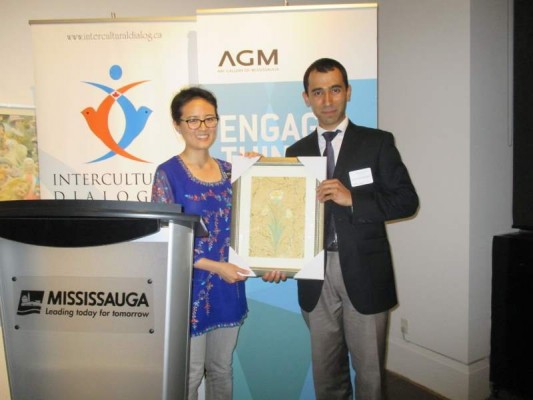 The sacred art of fasting in Ramadan is not just about abstention from food and drink.

The Prophet Muhammad, peace be on him, in a tradition (hadith), said:

The Prophet Muhammad, peace be him, said, “Fasting is not only to leave food and drink. Verily, it is fasting from vain and obscene speech. If one of you is abused or offended, let him say twice: I am fasting.” (Hadith).

So there is also an inner dimension to fasting.

Therefore, fasting is not merely physical, but is rather the total commitment of the person’s body and soul to the spirit of the fast.

However, Ramadan is not a monastic practice but there is a rich communal aspect that is unique to fasting in Islam. 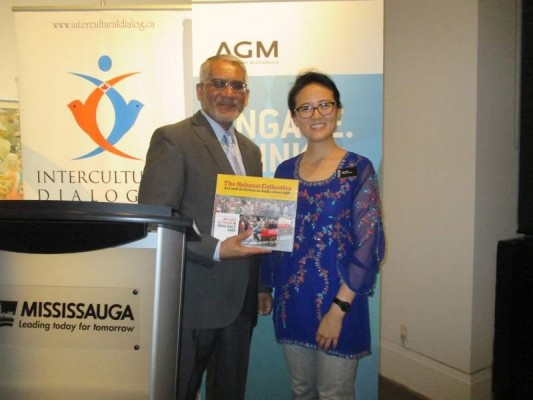 Ramadan is known to be the month of generosity.

We are told that the Prophet Muhammad, peace be on him, was the most generous of the people and he was even more generous during the month of Ramadan when Gabriel visited him.

The next few weeks will be a time of generosity – as Muslims give charity and of their resources and time and open up their homes and mosques to share the Iftar meals.

The time of breaking the fast is a special time and is time for sharing a communal meal.

Prophet Muhammad (peace be upon him) said, “Whoever feeds a fasting person will have a reward like that of the fasting person, without any reduction in his reward.”

As a result of these teachings, Muslims have a busy social life in Ramadan – family gatherings, community Iftar programs – this is quite counter-intuitive to what most people would think when fasting is mentioned.

The communal aspect of Ramadan – of people coming together to share the Iftar fast breaking meal and attending the mosque for the special night prayers – strengthens the bonds of fellowship in the community. 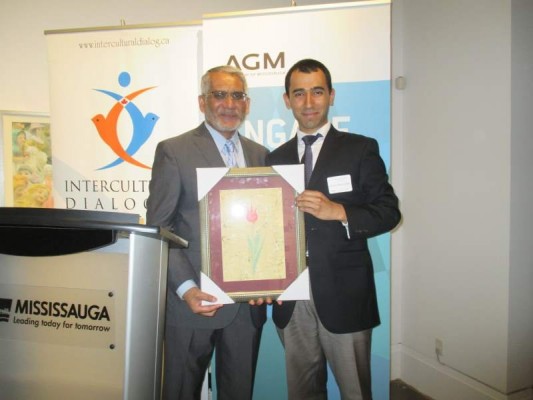 There is a Turkish proverb that says, “A cup of coffee commits one to forty years of friendship.”

Muslim religious leader, Fethullah Gulen advises that during Ramadan, Iftar dinner invitations be sent to neighbors and fellow citizens so that, “the sentimental value of a dinner invitation will similarly continue no less than forty years, Insha’Allah.”[7]

May this Ramadan bring us greater spiritual awareness, stronger fellowship and friendships that will endure for forty years.

I leave you in peace and with the mercy and blessings of God.