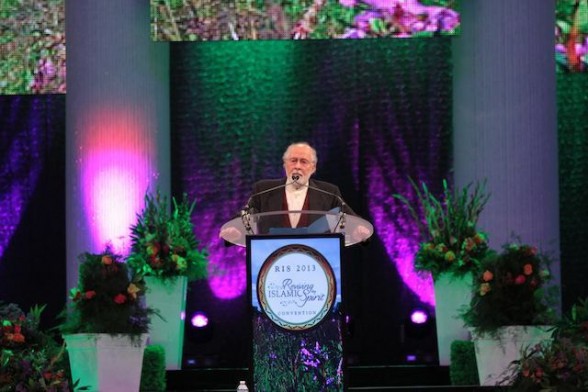 (January 4, 2014) – Last weekend marked the 12th annual Reviving the Islamic Spirit Conference in Toronto, Canada. The conference brings together academics and scholars from across the world and engages participants in lectures ranging in topics from civic engagement to environmentalism from an Islamic perspective.

This year Dr. Seyyed Hossein Nasr, prominent author, researcher and lecturer at George Washington University, spoke on the issue of Sacred Science and the Environmental Crisis. For several decades Dr. Nasr has called for the revival of the sacred sciences and has written extensively on the paradigm shift needed on how we interact with nature. Some highlights from his lecture have been summarized below.

The contrast between sacred and modern science is great, but not mutually exclusive.

Western science has inherent limitations that can only be overcome by incorporating the sacred sciences.

You can find more information about Dr. Seyyed Hossein Nasr, including a complete listing of his lectures, courses and books on his website.

* Muaz Nasir is a Muslim Canadian environmentalist and Publisher of the online environmental website,www.Khaleafa.com. He holds a Masters degree in Environmental Studies specializing in Business and Environmental Relations from York University and the Schulich School of Business; he aims to raise the profile of environmental issues within the Canadian Muslim community.