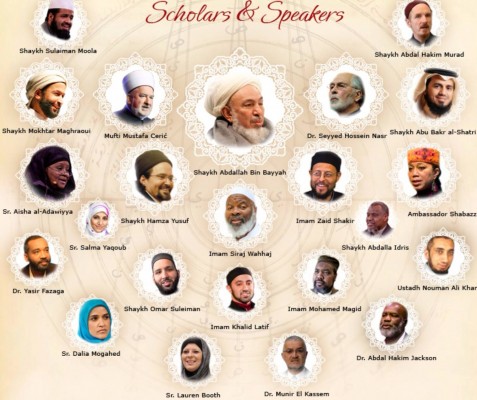 (December 25, 2014) – Thousands of Muslims from across North America and beyond are expected in Toronto this weekend for one of the largest gatherings of Western Muslims, the Annual Reviving the Islamic Spirit Convention (RIS).

They will come to listen to leading Islamic scholars, academics and motivational speakers, meet and mingle with fellow Muslims, and discuss matters of faith and contemporary issues.

“Each speaker and scholar at RIS brings forth conventional wisdom with an awareness of ongoing contemporary challenges affecting our lives,” Convention Director Fouzan Khan told IQRA.ca.

“It is through spiritual enlightenment coupled with sacred knowledge that we will be able to address the root causes of many of the problems we face today.”

Themed  ‘He Came to Teach You Your Religion – Prophetic Answers to Angelic Questions’, the convention is set to run from December 26 through December 28, at the Metro Toronto Convention Center in the heart of downtown Toronto.

Hundreds of young volunteers gathered on Tuesday for an orientation session and American scholar, Imam Zaid Shakir, addressed them.

“You’re doing something great when others are imitating you,” Imam Shakir told the volunteers.

“Some will even try to tear you down – persevere and keep it up.” 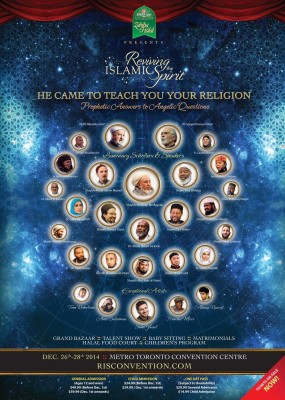 A number of international entertainers and performance artists will be appearing at the convention including Sami Yusuf, Amir Sulaiman, Isam Bachiri (from Outlandish), Tom Robertson, Preacher Moss, Peter Sanders, and Zaid Ali.

The convention will also host the Annual Appreciation Dinner to honor the visiting scholars and speakers. Dignitaries, community leaders, and political and civic leaders are expected to attend the elegant dinner on Friday evening.

“Our goal is to bring people together in a wholesome, judgment-free setting, regardless of one’s background,” said RIS Director, Fouzan Khan.