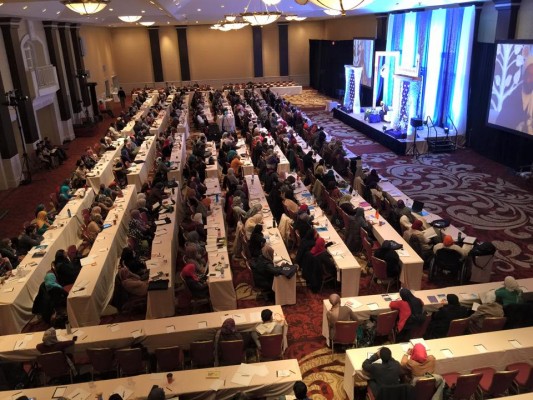 (December 20, 2014) – As Canadians filled malls for last minute shopping on the last weekend before Christmas, hundreds of Muslims retreated Saturday to the historic Fairmont Royal York Hotel in the heart of downtown Toronto for the start of Reviving the Islamic Spirit Knowledge Retreat.

“Knowledge doesn’t come to us, we have to go after knowledge,” said Shaykh Mokhtar Maghraoui in his opening session. “We become ennobled by connecting ourselves to the noble servants of Allah, the great scholars of the past.”

According to the organizers, the Knowledge Retreat gives ‘seekers of knowledge an opportunity to study traditional Islamic sciences, in contemporary context, with some of the leading scholars of our time.’ 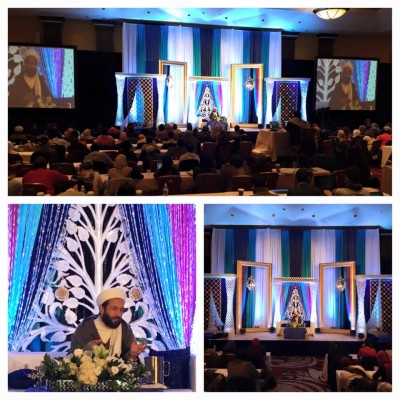 Participants have come from across North America to attend the Retreat which will run until December 25th. It is held annually and precedes the largest Muslim gathering in Canada, the Reviving the Islamic Spirit Convention.

“Reviving the Islamic Spirit Knowledge Retreat is an annual program held around the RIS Convention to give seekers of knowledge an opportunity to study traditional Islamic sciences, in contemporary context, with some of the leading scholars of our time,” said organizers.

“This faith is not just about information,” Shaykh Muhammad Ninowy advised the audience. “Love is an essential part of our Deen.”

“We need to mean what we say when we say we love our Prophet, peace be on him,” noted Shaykh Ninowy. 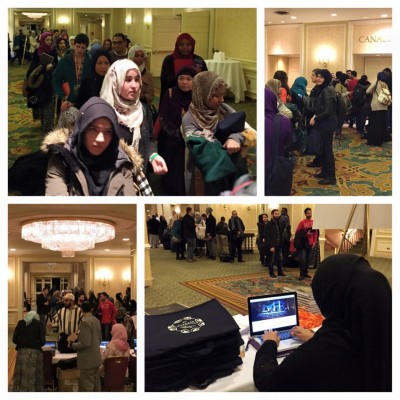 The quality of Knowledge Retreat program – the world-renowned scholars and the courses of study – has continued to attract students from across the continent and beyond.

“Rarely do Muslims living in the West get such opportunities and hence RIS Knowledge Retreat strives to provide a conducive environment for students to pursue their quest for knowledge,” state the organizers.

Meanwhile, thousands of Muslims from across North America are expected to descend on Toronto on Friday for the beginning of the Annual Reviving the Islamic Spirit Convention.