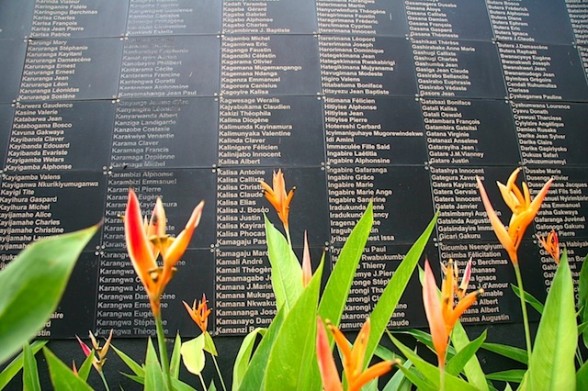 “The only thing necessary for the triumph of evil is that good men do nothing.” ~ Source Unknown

Arian lovingly holds her little brother Patrick’s hand in the photograph. It’s hard not to smile and wonder what the future holds for them. Nothing suggests their lives will soon end. Arian and Patrick were killed on May 15, 1994, two of the nearly one million mostly Tutsi victims of Rwanda’s genocide. The photograph offers simple and silent witness, testifying to the memory of Arian and Patrick, and helping to ensure that we don’t forget what happened in the cities, hamlets and verdant hills of Rwanda during 100 dark days in 1994.

In the annals of human evil, Rwanda’s genocide takes a special place. With a kill rate of about six people a minute for more than three months, it’s likely one of the fastest mass slaughters of humans in history. Most were hacked to death by machete, partly because the perpetrators found it cheaper than using bullets. Sadly, for some, violent death was only the final indignity. In Rwanda, as in Bosnia during the same period, rape was used as a crude weapon. René Degni-Ségui, the UN Special Rapporteur on Rwanda, notes:

“Rape was systematic and was used as a ‘weapon’ by the perpetrators of the massacres…a great many women were raped; rape was the rule and its absence was the exception.”

Twenty years later, Rwanda’s horrors are fading from memory. If Darfur, Syria, and the looming spectre of genocide in the Central African Republic are any gauge, it seems we’ve learned little from Rwanda’s pain.

Rwanda’s mass murders didn’t simply start on April 7, 1994 like a bolt out of the blue; rather, the seeds of genocide were nurtured over decades. Using the Hamitic myth, German and Belgian colonial rulers racialized distinctions between Tutsis and Hutus. In fact, the Belgians hard-wired these race-based differences through an identity card system to control the population. These Europeans played power politics with the Hutu-Tutsi distinction, further exacerbating the divisions, which were ultimately leveraged by Hutu extremists preparing for and carrying out the genocide.

Genocide, or the systematic extermination of a group of people, is no easy task, especially when those people are your neighbours, colleagues and friends. That’s why propaganda is an important tool that’s often dressed in the garb of tribalism, nationalism or religion; it’s deployed to vilify and dehumanize the target group. Ultimately, killing the other, the outsider, the enemy, becomes a duty.

In the years and months before April 7, 1994, Hutu extremists fostered the otherness of Tutsis, eventually dehumanizing them as inyenzi (cockroaches) that ought to be exterminated. Moreover, smaller massacres of Tutsis were occurring in parts of Rwanda, foreshadowing the greater evil to come. The international community, led by the United States, was fully aware that the drumbeat of genocide was growing louder and plans were being made to carry out mass killings.

Canadian General Romeo Dallaire, head of the United Nations Assistance Mission for Rwanda (UNAMIR), urgently warned key UN decision-makers of an impending genocide and pleaded for help. In a now famous fax sent to UN headquarters on January 11, 1994, he states:

“Since UNAMIR mandate [informant] has been ordered to register all Tutsi in Kigali. He suspects it is for their extermination. Example he gave was that in 20 minutes his personnel could kill up to 1000 Tutsis.”

Despite UNAMIR’s anemic capability, Dallaire ends the note with a hopeful call to action that’s poignant in light of how history unfolded:

There was no will to do anything.

The evidence paints a damning portrait of key American decision-makers, especially the most powerful man in the world at the time, President Bill Clinton. It’s not that they were idle in the face of a looming tragedy; rather, they actively neutered UNAMIR and thwarted any action by others in order to avoid being drawn into Rwanda.

Madeline Albright, famous for saying the death of 500,000 Iraqi children from sanctions was “worth it”, led the American agenda at the UN in making sure nothing got done. Clinton’s administration refused using the word “genocide” because it feared such a designation would require America to act under international law.

“Genocide Investigation: Language that calls for an international investigation of human rights abuses and possible violations of the genocide convention. Be careful. Legal at [State Department] was worried about this yesterday — Genocide finding could commit [US Government] to actually ‘do something’.”

[From intra-agency discussion paper via US Department of Defense, May 1, 1994]

In light of these facts, Clinton and his administration were not simply morally ambiguous bystanders lacking adequate information; they were morally culpable enablers of a preventable genocide in Rwanda.

Why did Rwandans not matter to America and the rest of the world?

Was it the colour of their skin?

Was it because Rwanda has no oil or other valuable resources?

Was America wary of another Somalia-style humiliation?

It may be a combination of things; no one will know for sure. What is certain is that Rwanda stands as a monumental failure of the international system, powerful nations, and people like Clinton and Albright.

Standing in stark contrast to the failures are brilliant examples of generosity and altruism that came out of 100 days of darkness. For example, Rwanda’s tiny Muslim community largely did not participate in killing during the genocide; rather many Muslims set about saving lives. And, we have accounts of men like Dallaire and Captain Mbaye Diagne, a young Senegalese soldier, who personally saved hundreds of people. These people give a glimpse of humanity’s full potential, even in the face of incomprehensible evil.

To learn more about the genocide in Rwanda read:

Romeo Dallaire’s Shake Hands With The Devil: The Failure of Humanity in Rwanda.

Philip Gourevitch’s We wish to inform you that tomorrow we will be killed with our families.

The late Alison Des Forges’ Leave None to Tell the Story. 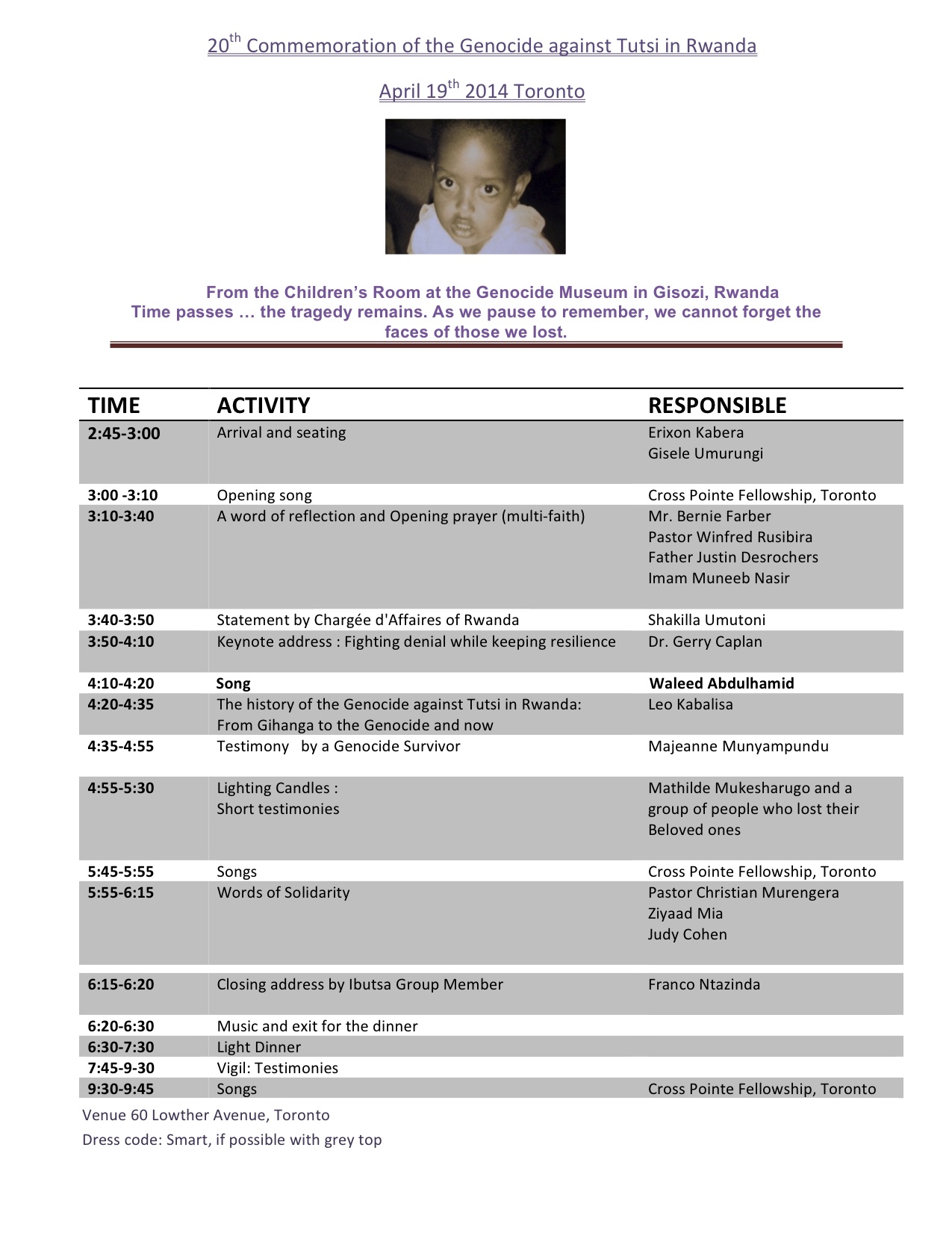