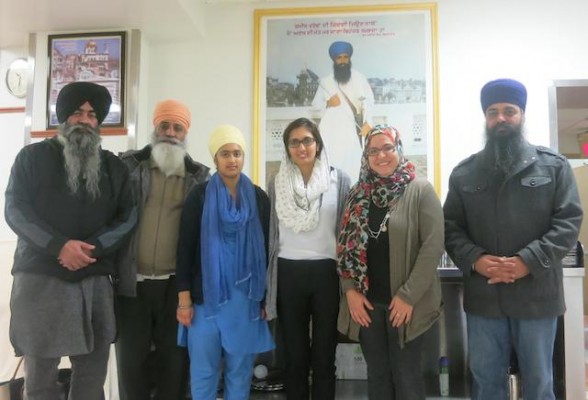 (January 11, 2014) – A Montreal-based group is calling on all Canadians to join them on January 12th and 13th to protest against the Quebec government’s proposed Charter of Values for the province.

The group called Support Another is asking fellow Canadians to join their campaign by wearing a hijab, turban, kippa or crucifix for a day.

“We invite all Canadians to walk in the footsteps of a visible minority for a day, to show their support for our Canadian and Quebec rights and freedoms and protest against this discriminatory charter,” said Sama Al-Obaidy, Support Another spokesperson.

“As the hearings about the charter are scheduled to begin next week in the National Assembly, we will be speaking as one voice against Bill 60 and demonstrating what the true values of Quebec and Canada are – those of multiculturalism, understanding, respect and social harmony,” she added. 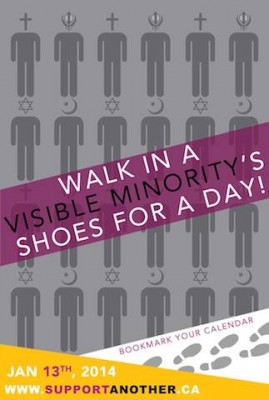 Bernard Drainville, the province’s Minister for Democratic Institutions from the governing Parti Quebecois (PQ), unveiled the plan for the Charter last September 10th.

The Minister argues that preventing public servants from exercising religious freedom at work is part of a broader secularism or “state neutrality.”

“If the state is neutral, those working for the state should be equally neutral in their image,” said Drainville in unveiling the charter.

There have been a number of changes between the charter as it was unveiled in September and the charter in bill form that will be debated in the public hearings starting on Tuesday, January 14 at the National Assembly in Quebec City.

The ban on religious symbols has been expanded to include not just religious headgear and jewelry, but also clothing and “other adornments.”  Anyone doing business with the province is expected to adhere to the charter.

When the charter was first launched it was proposed that a five-year exemption would be given to some public institutions, such as the Jewish General Hospital, where many employees wear religious clothing and symbols. Now, every public institution has a transition period of one year to implement the charter.

More than 250 groups and individuals are expected to make submissions at the public hearings.

The response to the proposed charter has been heated and polarizing in Quebec and has generated criticism from Canadians in the other parts of the country.

The visible minority groups in the province, most especially by Muslims, have felt the fallout from the Charter controversy.

There have been incidents of Muslim women being confronted for wearing the hijab.

Sama Al-Obaidy was verbally and physically attacked in a Montreal Metro station by a woman who attempted to forcibly remove her hijab.

This incident led Al-Obaidy to launch the Support Another Campaign with two other Montrealers,  Nariman El-Doraini and Yusr Al-Obaidy, with the intent of promoting awareness and solidarity within Canadian society.

“Since the discussions of the charter of values have surfaced, there have been hundreds of reported cases of verbal and physical assaults against visible minorities, wearing religious symbols, in our own streets of Quebec,” Sama Al-Obaidy said. “Not only are these acts unacceptable, but they do not represent us nor do they belong on our Canadian soil.”

The group is requesting Quebecers to join their campaign to oppose the charter.

“On January 12th, we call on everyone to join us at Place Jacques Cartier, to stand in solidarity as one voice united against the charter,” Al-Obaidy said.

“And on January 13th, we will continue the campaign, by asking everyone to wear their religious symbols in their schools, workplaces and everyday life, to help further spread awareness and continue the protest on a personal level all across the country.”