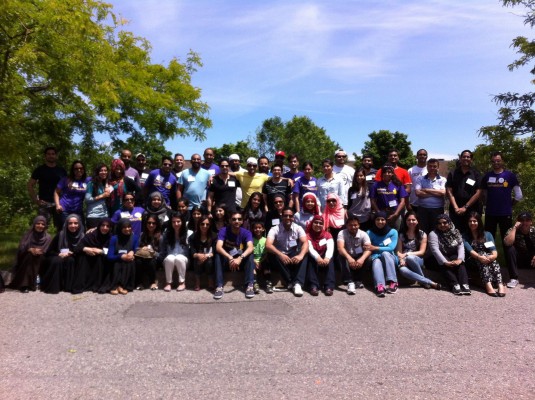 In early 2009, after hearing the staggering statistics that more than 25 per cent of the GTA’s residents live in poverty, and how 10,000 Torontonians struggle to find their next meal, a local group of students-turned-activists decided to stop talking about how they wanted to make a difference, and start making it happen.

Capitalizing on the inevitable spirit of community giving that comes about during the Muslim holy month of Ramadan, the founders decided to build baskets with enough food staples to feed a family of four for one month, costing the donor only $50.

Any family, irrespective of religion, nationality, caste or creed, would be eligible to receive a basket.

The group rallied together friends and family, tapped into professional and personal networks, and put out a call to action. 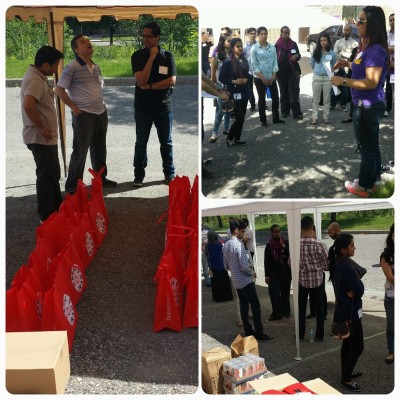 Volunteers, donations and supplies were needed, but enthusiasm was in high supply.

“We knew it was important to be transparent, and allow community members to see exactly where their hard-earned donations were going,” said Hassan Syed, one of Project Ramadan`s founding members. “That`s why we partnered with the Muslim Welfare Centre (MWC), a respected community organization with a mission and passion similar to our own.”

Through their food bank network of more than 6,000 registered users in Scarborough and Mississauga, Project Ramadan`s strategic partnership with the MWC allowed the team to deliver baskets across the GTA efficiently and effectively.

With every minute of time associated with the Project strictly volunteered, and the basket building space donated by the MWC, Project Ramadan can focus its resources on what it does best: build baskets, and build bridges.

Like any organization vowing to make social change, it`s never a one-person show.

Each summer, hundreds of volunteers come together to make baskets, make friends, and above all, make a difference. 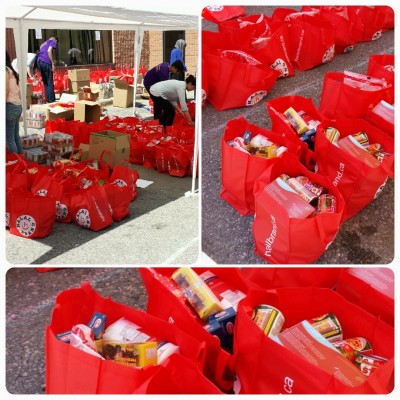 “Project Ramadan was a wonderful experience. This project is not only an opportunity to support underserved families, but to harness the energy of youth and humbly remind them of the importance of serving their communities,” said Sara Hassan, an avid volunteer. “The project builds are well organized and a lot of fun, and allow participants to see the tangible impact of their work.”

Five years later, the organization sees no sign of slowing down.

Since its inception, Project Ramadan has raised approximately $260,000 and helped more than 3,300 families in the GTA.

The ways to get involved are numerous: a $50 donation goes directly to feeding families, while a donation of supplies for baskets goes a long way in making food packages bigger, better, and more beneficial to those who receive them. Join a basket build day and see how it all comes together, or build awareness by spreading the word through the community and social media.

“It`s amazing to see how far we`ve come since day one,” said Asma Nur Moten, Project Ramadan Volunteer Manager. “Every donation we receive, and every volunteer that spends their day with us, makes me feel like we reached our goal, we built something real, and it only goes up from here.”

Check out www.projectramadan.com  and www.muslimwelfarecentre.com to donate, volunteer, and learn more.