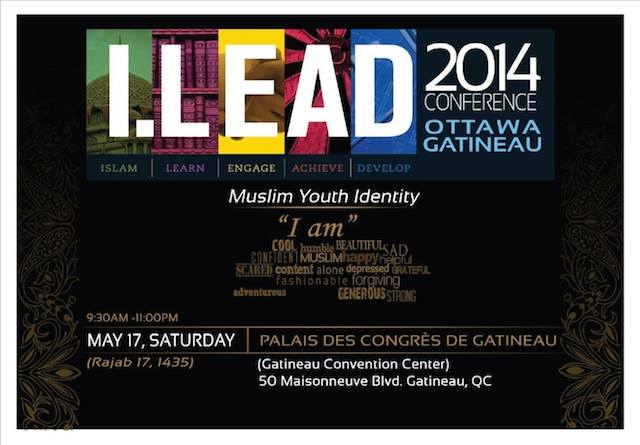 (May 14, 2014) – Ottawa’s Muslims will gather on Saturday, May 17th at the Palais des Congrès de Gatineau for the second annual I.LEAD Conference.

According to the organizers, “I.LEAD stands for ‘Islam. Learn. Engage. Achieve. Develop.’”

“This year’s theme is Muslim Youth Identity and the objective is to help the community’s young people identify personal, familial and social challenges and provide them with tools to deal with those challenges,” says Mohammed Javed,
Chairperson of the I.LEAD conference, in a letter posted on the conference’s website.  “Although the theme centers on youth, it is of benefit to the entire community.”

“With the support and the substantial participation by GX-UMO organizations (United Muslim Organizations representing most of the region’s major mosques), the I.LEAD conference 2013 took shape,” Javed added. “The end result was a valuable event which impacted not only the community, but also our mosque organizations – in the way they think and act.”

The conference will feature lectures and workshops, in both English and French, and will include halal food vendors, bazaar booths and an entertainment session.

Canada’s Capital Region includes the capital city of Ottawa, Ontario and the neighbouring city of Gatineau, Quebec, and surrounding urban and rural communities. The Muslim population in the Capital Region is estimated to be 80,000 and includes a growing number of mosques and Islamic Centres.