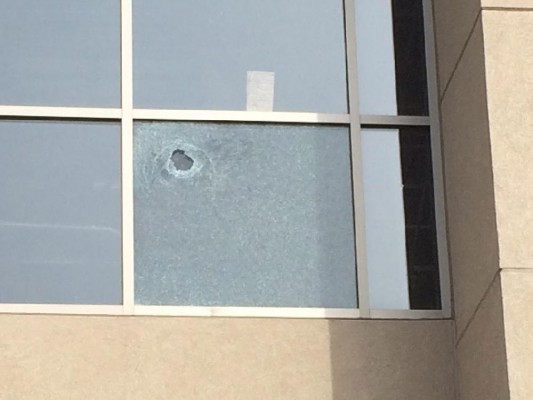 (October 31, 2014) – The National Council of Canadian Muslims (NCCM) is calling on political and community leaders to forcefully condemn all hate-motivated actions following this morning’s vandalism of the Assunah Muslims Association (AMA) mosque in Ottawa.

“We call on our federal, provincial, and municipal leaders to speak out forcefully and unambiguously against anti-Muslim sentiments and acts. It is the duty of our elected representatives, as well as the duty of all Canadians, to stand united against any attacks on minority communities,” said NCCM Executive Director Ihsaan Gardee.

“This incident is the latest in a spate of anti-Muslim harassment and vandalism that we have been documenting since the tragic events of last week,” added Gardee. “There has been a noticeable spike in reported hate crimes and incidents. However, as we have said before, this only tells part of the story as hate crimes are typically under-reported.”

Other incidents that have been reported include the vandalism of the Cold Lake mosque in Alberta, threats to the BC Muslim Association, as well as anti-Muslim harassment of municipal candidates in Toronto.

The NCCM says that it is currently monitoring additional cases that have been reported in recent days.

“Certainly, these incidents do not represent the sentiments of the vast majority of Canadians and we fully expect the authorities to prosecute the perpetrators to the fullest extent of the law in order to send a strong message against potential hate crimes and intolerance,” said Gardee.

“In the meantime, we urge community leaders and individuals to remain vigilant and to immediately report suspicious behaviour to the proper authorities, as well as to the NCCM, in order to establish a clear record of such incidents.”