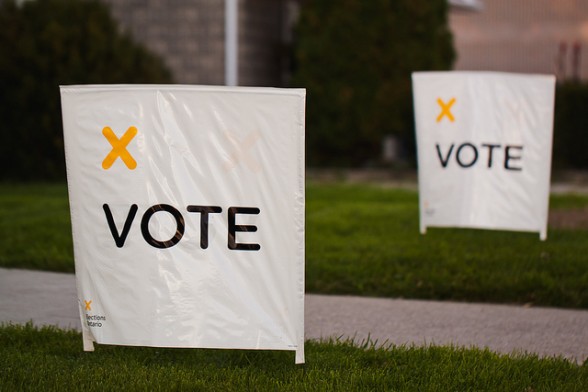 We, as a community residing in this great province, cannot afford to fail to have our voices heard.

On June 12th, be sure to cast your vote in Ontario’s provincial election.

Study the issues as closely as you can, weigh your decision carefully and vote for who you feel would best serve this province.

It is not only your future, but that of your children and their children you need to consider.

Even if you don’t support any party, it is important to show up at the polls and at least “decline your vote.”

The process of declining is very straightforward and you can read how to do it here.

Of course, declining to vote should be your last resort and you should never not vote as that is not being a good citizen.

People in other parts of the world are literally suffering and dying to have what we have here — freedom and democratic elections in a safe political environment.

Although the way we choose our leaders may not be perfect — and I personally support proportional representation — our system is light years ahead of many nations that are weighed down by brutal dictators who crush their own people and snuff out any attempts at fostering real democracy.

On June 12th, we owe it to our suffering brothers and sisters to vote, thus demonstrating that what they are fighting for there, we value and put into practice here in Canada.

[S N Smith is an active member of Ottawa’s Muslim community and blogs at: http://www.commentaryforhealing.blogspot.com/]