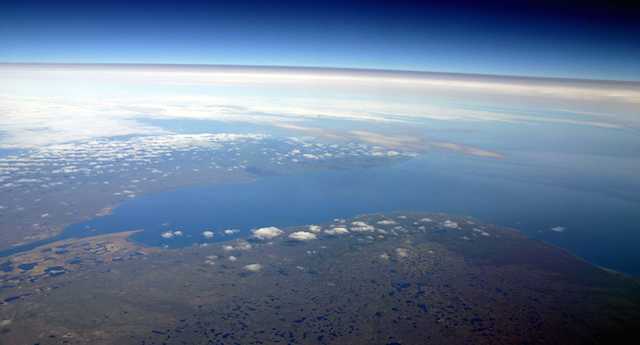 Reading the news headlines1 on September 10, 2014 about the start of recovery of the ozone layer over Antarctica cheered my heart as someone who teaches about the chemistry of the ozone hole and the role that chloroflourocarbons (CFCs) played in speeding up the destruction of this ‘shield’ gas up in the stratosphere.

To place this news in the context of environmental history:

In 1974, it was scientifically established that CFCs –used in fridges, radiators, spray cans, and air conditions- are agents that can destroy stratospheric ozone, and it was 13 years after that the Montreal Protocol was established for a total global ban on the production of CFCs by the late 1990s.

This protocol is one of a kind international treaty by politicians, hosted by Canada, that sent the right message to the people of the Earth that governments care about the ozone layer.  It also sent the signal to the industry that manufactured the CFCs that you need to innovate and come up with chemicals that have useful applications to society, but would not cause environmental degradation.  In effect, the treaty revoked the social and political licenses given to industrial sectors that made the CFCs.

We’re in 2014 now, 40 years after the science was established, and 27 years after the Montreal protocol was signed.  It is in September 2014 that reports of the first signs of recovery of the ozone layer are reported.  Why? Because CFCs have a very long lifetime in the atmosphere (140 years for CFC-12 known commercially as Freon 12 or R-12), even after stopping their emissions.  This is why we’re still experiencing ozone loss in Antarctica every winter and spring time in the Southern hemisphere.  While full recovery is projected to happen in 2050, the impacts from global climate change on ozone loss are still uncertain.

How could we use the above success story to understand the most pressing environmental issue of our time, global climate change?  Again, a bit of environmental history would be useful:

In 1957, increasing CO2 buildup was reported as ‘surprising’ by scientists at the Scripps Oceanographic Institute working on international geophysical year projects.

In 1979, the first major international climate science conference was held in Geneva, which led to the creation of the Intergovernmental Panel on Climate Change (IPCC)  in 1988.  In 2013, the IPCC started releasing reports on their fifth assessment of the status of the climate.  They announced that the planet has warmed about 0.8 deg C since the beginning of the 20th century, and that CO2 buildup is happening at a faster rate than previously projected.2

There is no debate among scientists that humans are the main driving force behind a changing climate. We are currently experiencing the disruption and impacts3: faster rates of melting ice caps, ocean acidification, depletion of fresh water resources, increased severity of storms, floods and droughts with impacts on crop production, in addition to rising surface and atmospheric temperatures.

One could argue that the success story of saving the ozone layer through the Montreal Protocol is hard to replicate for solving global climate change because the industries and consumer products that were dependent on CFCs represent a much smaller sector than the gigantic fossil fuel industry that underlies our current way of life in the 21st century.

This very statement could either depress us to no action, or motivate us to rethink our current value system to innovate our way out of a fossil fuel era.  After all, humanity did not transition from the stone age because of lack of stones!  Similarly, we have the potential to transition from a fossil fuel-dependent civilization without burning every drop of oil in the ground.  It was refreshing to read about a new fossil fuel divestment group in Canada, called “Fossil Free Faith-Canada’s Interfaith Divestment Network”4 that “aims to be a source of support and resources for Canadian faith communities and their members who are committed to or considering climate action, especially around fossil fuel divestment and clean energy reinvestment.

We’re now in 2014 (57 years after reporting CO2 buildup).  Governments of the world have met many times, 4 since 2007, in Bali, Copenhagen, Cancun and Qatar, and left with no concrete steps on how to move forward.

Determined not to lose hope and motivated to work to send a loud message to politicians, people from all walks of life will be marching on September 21 during the 2014 UN Climate Summit meetings taking place in New York City.  The ‘People’s Climate March’5 is being planned by hundreds of coordinated efforts among hundreds of social and environmental non-governmental and non-profit organizations.

Marches around the world will also take place outside the U.S. during September as well.  The demands are clear5: “a world with an economy that works for people and the planet; a world safe from the ravages of climate change; a world with good jobs, clean air and water, and healthy communities.”  The film, Distruption,6 features leading scientists, historians, activists and faith-based leaders and documents the planning and calls to join the largest people’s march for the climate in the history of human beings.

These critical times in history challenge us to rethink who we are, where we’re going, and what ideals and ethical principles we struggle to live up to.  It is incumbent that we stand on the right side of history as concerned people who are empowered by scientific knowledge and rich inherited and collective human wisdom.

3 ‘What We Know’ initiative on Climate Change from AAAS:http://whatweknow.aaas.org/get-the-facts/

Hind Al-Abadleh is an Associate Professor of Chemistry at Wilfrid Laurier University in Waterloo, ON.  She could be reached via email: halabadleh@wlu.ca