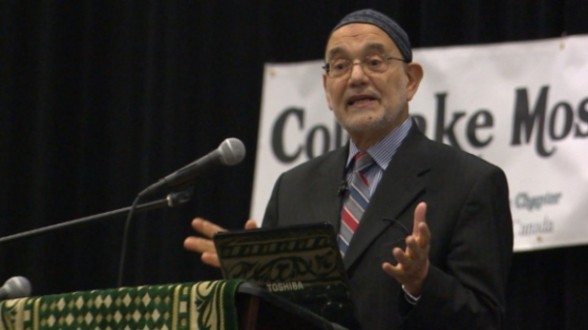 “Cold Lake is an icon of Canadians at their very best,” added Badawi.

The Cold Lake Mosque organized the event to thank the residents of this northeastern Alberta city for their support following the desecration of their mosque in October.

The MAC Islamic Centre of Cold Lake was vandalized, with its windows smashed and the graffiti “go home” and “Canada” were spray-painted on the exterior of the building.

When news spread about the incident, Cold Lake residents showed up to scrub off the hate message and replaced them with posters reading, “Love your neighbor” and “You are home.”

“In appreciation of our community’s overwhelming support in response to the recent incident at our Mosque, we have embraced this opportunity in organizing this open house to welcome all honorable citizens of Cold Lake,” said an organizer of the event from the Cold Lake Mosque.

Dr. Jamal Badawi is a well-known Muslim leader and President of the Islamic Information Foundation in Canada.

Badawi, in his keynote address, shared ideas on the “neighbor’s collective responsibilities in safeguarding our multicultural communities”.

“One should not harm his neighbor,” he said. “I believe part of this concept extends to the whole world… (It) includes caring for all of humanity because they are all one.”

“This is not an opinion. The Qur’an is quite clear,” Badawi added.

The Royal Canadian Mounted Police (RCMP) and the Canadian Forces, the mayors of both Cold Lake and Lac La Biche, and Christian faith leaders, attended the forum. 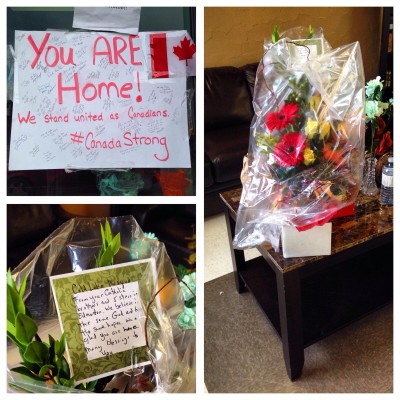 Badawi called on Muslims to explain Islam to their fellow citizens.

“We must do our best to educate, correct and report people teaching and encouraging that twisted version of Islam,” he said.

Badawi encouraged the Muslim community to return the kindness shown to them by those of other faiths.

The Cold Mosque community is pledging to take up his call.

“Our goal is to strengthen the bridges of understanding and cooperation within our community while exploring our shared values,” said an administrator of the Cold Lake Mosque.

The police is still investigating the October incident and no arrests have been made.