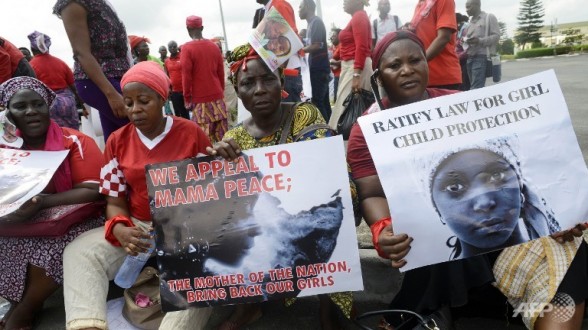 (May 6, 2014) – Muslims have strongly condemned as “un-Islamic and obscene” the kidnapping and threat to “sell” more than 200 Nigerian schoolgirls by the terror group Boko Haram.

“It is almost impossible to express the level of disgust felt by American Muslims at the un-Islamic and obscene actions of the terrorist group Boko Haram for the kidnapping and threat to ‘sell’ hundreds of Nigerian schoolgirls,” CAIR said in a statement.

“We urge authorities in Nigeria and throughout the region to do everything they can to return the girls safely to their families and to eliminate the threat to peace and security posed by Boko Haram.”

“We condemn wholeheartedly, the disgusting and un-Islamic actions that the terrorist group known as Boko Haram has committed,” ISNA Vice President Azhar Azeez said in a statement.

“Kidnapping and threatening to sell the over 200 Nigerian school girls has no validation in the religious tradition of Islam and we urge the Nigerian authorities to find the missing school girls and bring their captors to justice.”

“We categorically condemn the un-Islamic and abhorrent acts of this terrorist group who continue to pervert our faith and sordidly attempt to justify their depraved behaviour,” said NCCM Executive Director Ihsaan Gardee in a statement.

“Boko Haram is in no way representative of Muslims or the Islamic faith and we note that Nigerian Muslims have widely denounced this terror group. We hope all steps are taken to rescue the girls and to bring Boko Haram to justice.”