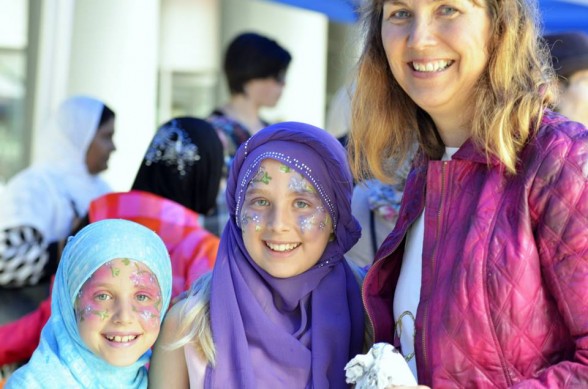 This year, it was titled “Muslim Women Through a Diverse Lens” and was CMW’s fourth event under the City of Kitchener’s Tapestry umbrella.

Since the event was open to men, women and children, the turnover was amazing.

The public had the opportunity to personally experience and interact with Muslim women across the globe from both the present and the past.

This was only the beginning of a thrilling day full entertainment as well as educational information! 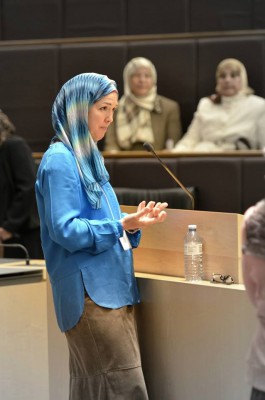 Dr. Mattson’s keynote was titled “Muslim Women You Should Know” in which she presented contemporary Muslim women who have been leading their communities towards a more just, peaceful future.

One example was Yemeni journalist and politician Tawakkol Karman, who was a winner of the Nobel Peace Prize.

Another example was the Deputy Mufti (jurist) of Istanbul, Kadriye Erdemli, who was appointed to reform mosques throughout Turkey.

Others included a spiritual leader at the head of a global religious order and a peacemaker bringing Christians and Muslims together in a troubled region.

After her presentation, Dr. Mattson received questions form the audience and answered them expertly.

Since Muslim women are frequently seen in Canadian society through the lens of stereotypes, this was an opportunity to learn about the real achievements of Muslim women today.

The second part of our event was a living theatre presentation titled “Windows to the Glorious Past” where five historical Muslim women from various parts of the world were represented by local Muslim actresses Anbrin Naqvi, Helen AlaRashi, Nalisha Sonneveld, Nermin Ozdemir and Sarah Shafiq.

These actresses invited the public to interact with them one-on-one as they portrayed outstanding women from the past who brought about significant social changes in their communities.

Our Canadian scriptwriter, Kinza Arshad, aimed to use the dialogue of the characters in the living theatre to defeat misconceptions regarding Muslim women throughout history.

These exceptional characters were Mariam Al-Ijliya from Syria (astrolabe designer), Nana Asma’u from Nigeria (precursor to modern feminism in Africa), Fatima Al-Fihri from Morocco (founder of the world’s first university), Fatima Jinnah from Pakistan (one of the founders of the nation) and Sabiha Gokcen from Turkey (world’s first female fighter pilot). Our actresses did a superb job portraying the aforementioned women through their performance, setting and costumes. 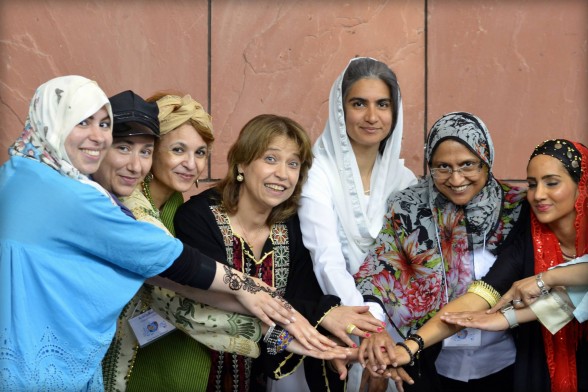 Moreover, participants had the opportunity to have their name written in Arabic calligraphy and sample our extraordinary henna booth and the always popular “Try on a Hijab” booth.

In addition, the younger members of the family excitedly participated in CMW’s very first Kids Zone.

One component of the Kids Zone was the Storytelling Tent which featured famous Canadian author Rukhsana Khan who passionately read for the children.

The Kitchener-Waterloo Art Gallery engaged the children in a fun craft while Doris the Clown created amazing balloon animals.

Last but not least, the little ones were delighted with the creative face painting done by our wonderful volunteers.

CMW’s External Events Committee congratulates all the members and volunteers on yet another successful event.

“Muslim Women Through a Diverse Lens” could not have been possible without the unwavering support, participation and contribution of everyone.

The positive feedback we received was overwhelming.

A special thank you goes out to our invaluable volunteers whose efforts, time, energy and skills are much appreciated.

Time is precious and those who devote valuable time without pay are extremely special; a mere thank you never seems enough.

We would also like to take this opportunity to acknowledge the families of CMW members and volunteers, the unsung heroes, who have fully supported us.

We can always count on everyone’s dedication, commitment and reliability. We are looking forward to working with you again next year! 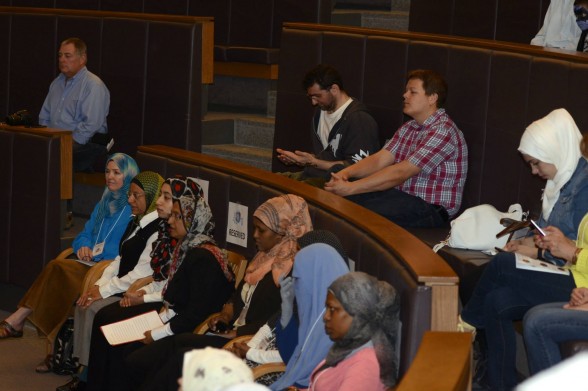 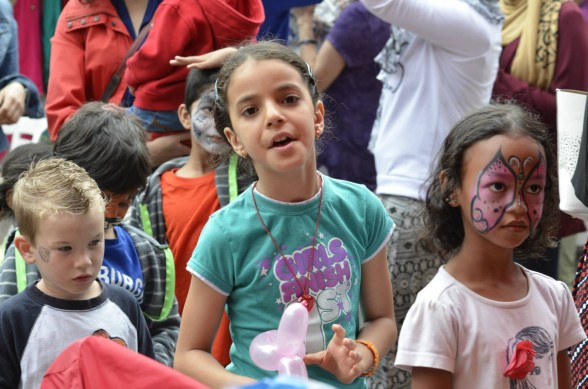 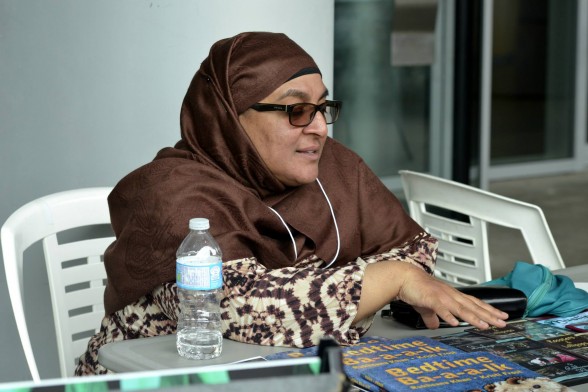 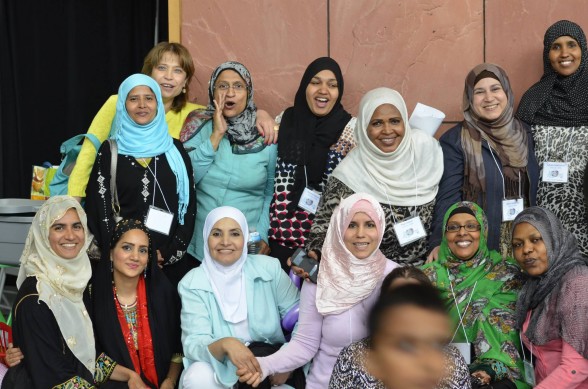