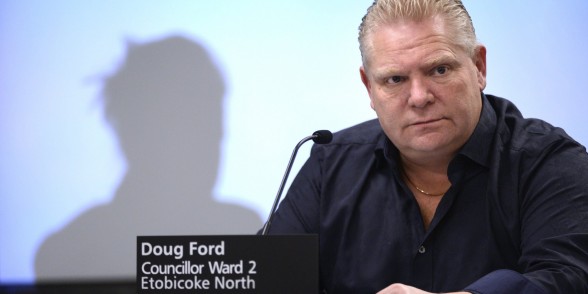 According to news reports, in responding to an integrity complaint, Councillor Ford told the complainant to “go to hell”, and accused him of being part of a “jihad”.

“The kind of inflammatory and highly offensive language used by Councillor Doug Ford is reprehensible and only serves to further demonize Canadian Muslims who, I would remind Councillor Ford, are a significant part of his constituents in the Greater Toronto Area,” says NCCM Executive Director Ihsaan Gardee.

“No elected or public official should misuse terms like ‘jihad’ that are already widely misunderstood and which further promote stereotypes about Canadian Muslims being a ‘fifth column’ in society that cannot be trusted.

Ford also told the Toronto Sun last Thursday that “this is not normal in democracy . . . it is a full out jihad against us right now.”

A day earlier, Ford accused Cynthia Mulligan, a CityNews reporter who had interviewed him, of engaging in a “jihadist attack.”

“Councillor Ford should immediately retract his offensive remarks and apologize to his constituents in the Greater Toronto Area and seek awareness training about Islam and Canadian Muslims,” adds Gardee.

A 2009 RCMP publication titled Words Make Worlds addresses the problem of misusing language and terms like “jihad” that lead to distorted perceptions of minority communities.

Approximately 1 million Canadian Muslims are currently observing the holy month of Ramadan during which those who are able fast from dawn to sunset, abstaining from food, drink, and intimate relations and avoiding gossip and anger.