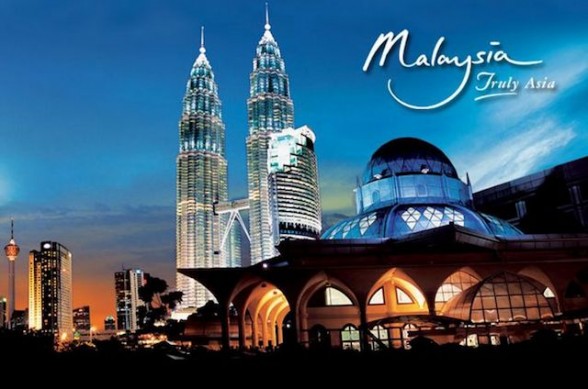 (February 19, 2014) – A survey released on Tuesday, February 18, found that Malaysia is the friendliest country for Muslims’ tourism, topping dozens of Arab and Middle Eastern countries in the booming industry.

Malaysia’s Islamic Tourism Centre has “continued to educate the industry on how to cater to the Muslim travelers,” Fazal Bahardeen, Crescentrating chief executive, told Agence France Presse (AFP) on Tuesday.

“There are now more and more hotel kitchens with halal certification, an increasing number of hotels are also now catering to the specific needs of Muslim travelers,” he added.

Released by the Singapore-based Muslim travel specialist Crescentrating, the halal friendly holiday’s survey has put Malaysia as the first destination for Muslims’ tourism.

It evaluated countries according to their attentiveness to the needs of Muslim travelers.

These requirements included the presence and accessibility of halal restaurants with meat slaughtered to Islamic standards and the provision of prayer rooms at airports, shopping malls and hotels.

“An increasing number of destinations are now keen on tapping into this segment and adapting their services to take into account the unique faith-based needs of Muslim travelers,” Bahardeen noted.

For Malaysia, other services have put it on the top of the list including offering separate times for women and men at gym and swimming pools.

The Muslim tourism market accounts for about 13% of the global travel market and estimated to worth $140 billion in 2013. It is expected to climb to $200 billion by 2020, according to Bahardeen.

A recent study released by Singapore-based halal travel specialist Crescentrating and DinarStandard has expected influx of Muslim holidaymakers over the next decade.

The study, conducted in 47 countries, found that spending by Muslim tourists is growing faster than the global rate and is forecast to reach $192 billion a year by 2020, up from $126 billion in 2011.

Though Japan did not make it to the top ten, the survey also showed a notable progress of halal tourism in the far-east Asian country.

Japan’s rank in Islamic tourism has jumped from the 50th place to the 40th within a year, the survey showed.

“Japan has definitely been the most active destination during the last year to focus on this segment of travelers,” Bahardeen told AFP.

“It has launched a number of initiatives — from awareness programs to the local industry to releasing the Muslim travel guide to Japan.”

The new steps followed Japan’s decision to relax the rules for issuance to visas to visitors from Indonesia, Malaysia and three other Southeast Asian nations in July.

Muslims account for an estimated 90% of Indonesia’s 240 million population and 60% of Malaysia’s 29 million.

A total of 28,000 people visited Japan from Indonesia and Malaysia in October, up 40% from a year earlier.

Being in the 6th place of Islamic tourism global ranking, Singapore was the only non-Muslim country in the top ten list.

Depending on its man-made attractions, Singapore “does better than even some of the Muslim countries” in enticing those who follow the Islamic faith, Bahardeen said.