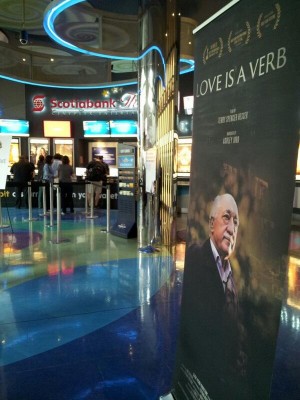 (June 1, 2014) – The Toronto premiere of the documentary, ‘Love is a Verb’, profiling the Hizmet movement and its leader, Fethullah Gulen, was held on May 29th at the Scotiabank Theatre.

The Hizmet (the Turkish word for service) global movement began in Turkey in the l960s and was inspired by Fethullah Gulen, a man that Time Magazine named as one of the most influential leaders in the world in 2013.

“In the decade after 9/11, I was vaguely aware that it was not a good time to be a Muslim in America, nor was it a good time to be an American in the Middle East,” said ‘Love is a Verb’ Director, Terry Spencer Hesser. “But for me – like for most Americans –this awareness morphed into specific and non-specific fears about Islam and the extreme interpretations of it.”

“Then in 2010, I met a group of people from the Niagara Foundation who invited me on an interfaith trip to Turkey,” she added. “I am not religious; but I am curious and jumped at the chance to see Turkey and to have an adventure with a culture that was foreign to me.” 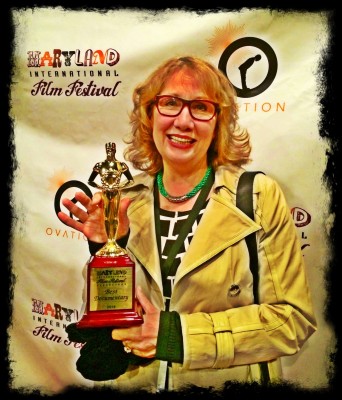 “After the trip I decided that others’ worldview had to be changed as well. After a lot of reading, several more trips and a lot of scouting and interviewing, we began our journey, which eventually had us filming (‘Love is a Verb’) in six countries,” noted Spencer Hesser. ”This film introduced us to the work of people whose motives I would have doubted had I not witnessed their selfless commitment and bravery with my own eyes.”

“These members of the global Hizmet movement, a loosely-affiliated group of people inspired by the work of Fethullah Gulen are dedicated to addressing social cohesion through education, dialogue, and anti-poverty work.  We met people who went into war zones to educate but also to mitigate the hatred and desire for revenge that lasts long after the last body is buried. And we met others who repeatedly went to some of the most dangerous places on earth to bring medical relief.”

The Gulen Movement has developed into a global, faith-based social movement.  In conflict-ridden regions, such as the Philippines, Macedonia, Afghanistan, Iraq, and Bosnia, hundreds of Gülen-inspired schools have become bastions of inter-religious and interethnic harmony, while relief organizations affiliated with the Gulen Movement have been instrumental in bringing aid to disaster victims in South-east Asia and Africa.

‘Love is a Verb’ is currently being screened across North America and the producers are hoping to have the documentary aired on television in the near future.