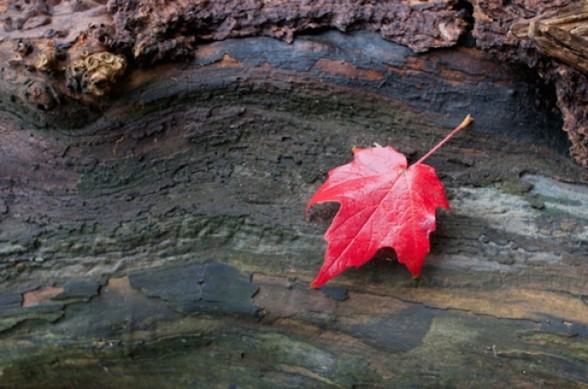 By David Suzuki with contributions from Ian Hanington, Senior Editor

Oh, Canada, what will become of you?

Although I’m proudly Canadian, my early memories are mixed. After Japan attacked Pearl Harbor in 1941, our government unfairly deprived my family of citizenship rights and exiled us to the B.C. Interior, even though we were born and raised here. But my love of nature flourished during that time in the spectacular Slocan Valley.

As a young adult, I moved to the U.S. for educational opportunities not available in Canada. Disturbed by overt racism in the American South, I eventually returned to my increasingly tolerant homeland. I preferred Canada, which to me meant Tommy Douglas and Medicare, Quebec, the National Film Board and CBC. I’ve never regretted my choice.

Canadians have strived to move beyond inequality and intolerance to create an inclusive and caring society, where education, public health, social programs and enlightened laws provide numerous opportunities. We’re not there yet, but we’ve come a long way in our relatively short history as a nation.

We also understand our place in nature. Surrounded by the world’s longest and most diverse coastline, our mountains, forests, prairies, rivers, lakes, valleys and skies define us and instill wonder and pride. Canada is nature. And nature is life. We know this.

Lately, the tide has been turning. Instead of protecting the increasingly precious and threatened natural systems that keep us alive and healthy, our leaders are rushing to scar the landscape with mines, roads and pipelines to sell our resources as quickly as possible to global markets. From tar sands expansion to fracking, federal and provincial governments are blindly proceeding with little thought about long-term consequences.

In 2007, our prime minister called climate change “perhaps the greatest threat to the future of humanity.” Now he says, “No matter what they say, no country is going to take actions that are going to deliberately destroy jobs and growth in their country.” Yet, many actions our industries and governments are taking will hurt the ability to create jobs and keep the economy prosperous. Clean energy and educated citizens are healthier investments than an increasingly risky fossil fuel industry — and we can’t hope for abundant jobs and a thriving economy on a planet suffering the ever-worsening consequences of global warming.

Canada was once seen as a country where respect for each other and our land, air, water and biodiversity were valued. Now, some government leaders and their industry and media supporters threaten those who dare question the mad scramble for short-sighted, short-term profits at the expense of the environment, our health and the world’s climate systems, and label us “radicals”.

If it’s radical to insist on maintaining and strengthening values that have long defined us as a nation, then we’ll wear the label proudly. We are radically Canadian! That means building on the progress we’ve made over the years to create a society based on compassion, equity and respect for the people and places we know and love.

Canada has long been known as a country that gets it right, that treats its citizens well and cares for the land that gives us so much, and plays a constructive role on the world stage. But now we’re lagging in many areas, our hard-earned reputation suffering. We’re no longer a leader in protecting the conditions that make Canada one of the best places on Earth for citizens and visitors alike.

Enshrining the right to a healthy environment in the Constitution’s Charter of Rights and Freedoms would help get Canada back on track. More than 110 countries have constitutional environmental rights. But not Canada. It’s not just about protecting birds, bees and trees; it’s about social justice and ensuring all citizens have the right to the conditions necessary for healthy, fruitful lives.

What kind of Canada do you want? Do you treasure our spectacular natural landscapes, clean water and air and abundant natural resources? Do you value our commitment to fairness, enlightened social programs, education and public health? Do you believe we should do all we can to protect the things that make this country great?

Now is a good time to reflect on these questions, on where we are as a nation and where we want to be. Happy Canada Day!