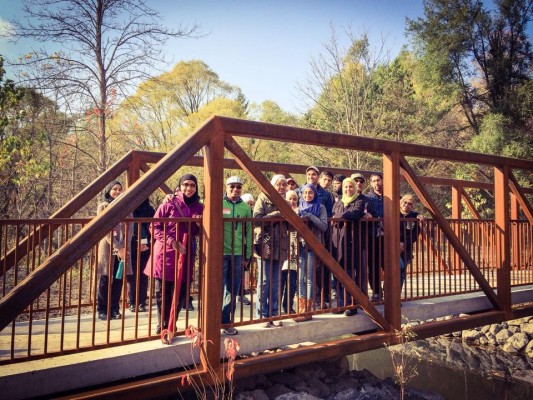 (October 29, 2014) – Canadian Muslims are eager to reconnect with nature and learn more about environmental issues, according to environmentalist, Muaz Nasir.

“There is a real desire within the Muslim community, especially among the youth, to reconnect with nature and learn more about the natural environment around us,” he told IQRA.

Nasir led a nature hike through Toronto’s Taylor Creek Trail organized by the Islamic Institute of Toronto (IIT) Youth Council on Saturday, Oct 25th. He is a Muslim Canadian environmentalist who is the publisher of the website, Khaleafa.com.

In August, an interfaith hike was held in the same location. 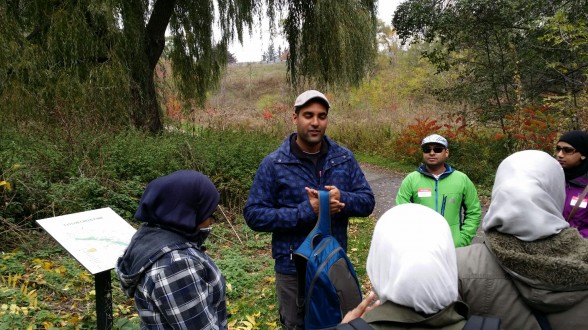 “Initiatives such as the IIT hike promote, not only a better understanding of the ecology of Toronto’s park system, but also raises awareness about some of the threats such as invasive species, flash flooding and pollution within our waterways,” added Muaz Nasir.

Over two dozen people participated in the hike through Taylor Creek Park, located in eastern Toronto, and which follows a major tributary to the Forks of the Don River. 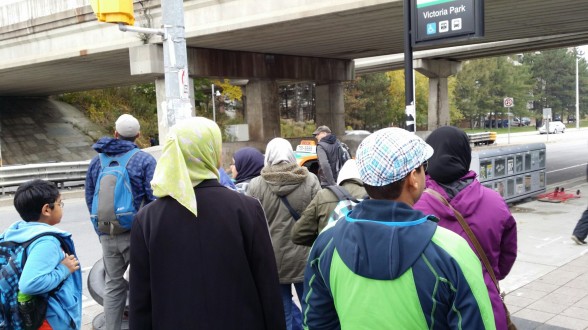 Three rivers meet at the forks and form the Lower Don River: the East Don, the West Don and this tributary.

Known by several names over the years, the two most commonly used names — Taylor and Massey Creek — are taken from two families with important historical ties to the area. A third name, Silver Creek, was used during the early 1800’s.

“Islam clearly identifies our responsibility as stewards of the environment and opportunities such as this hike educates Muslim youth on how to take a proactive role in engaging in its future development” added Muaz Nasir. 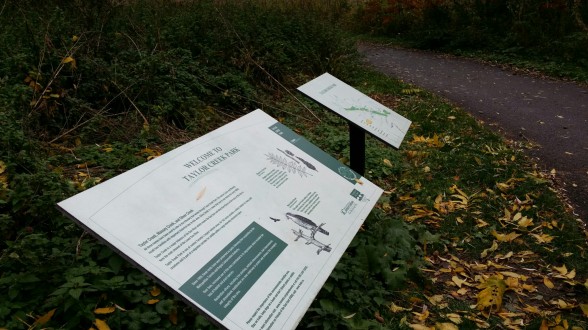 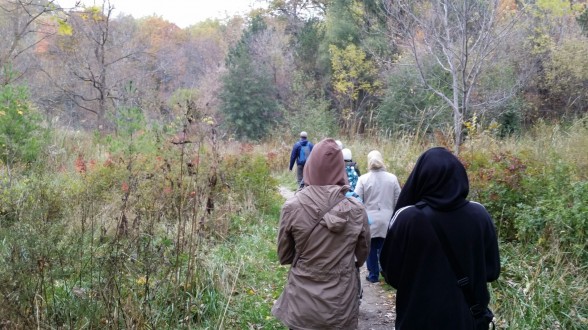 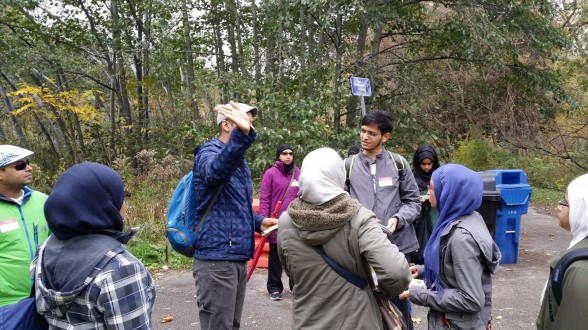 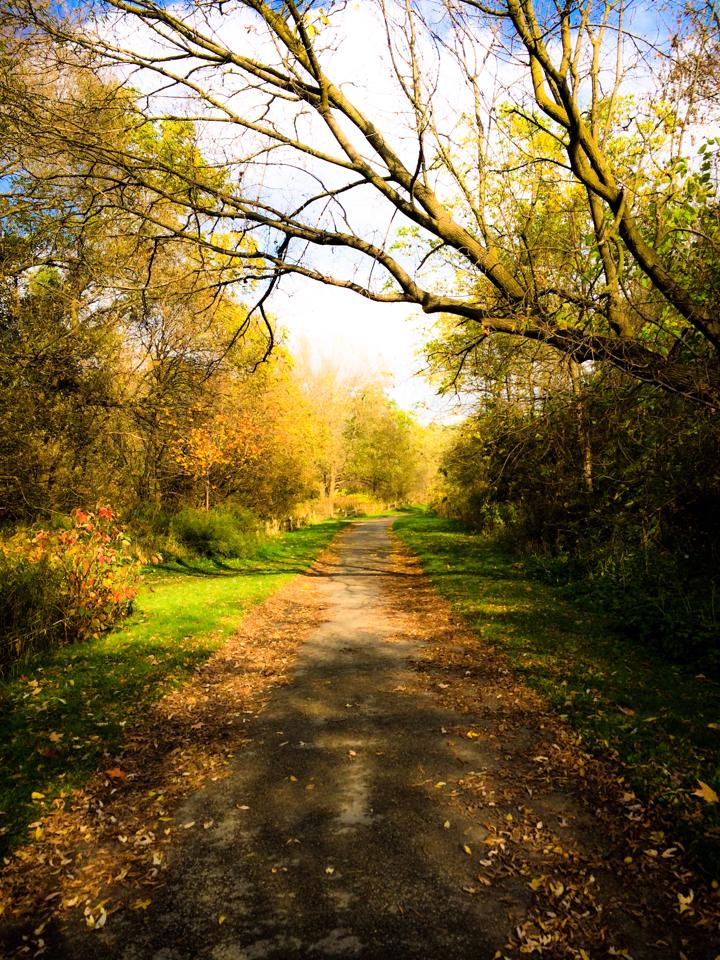