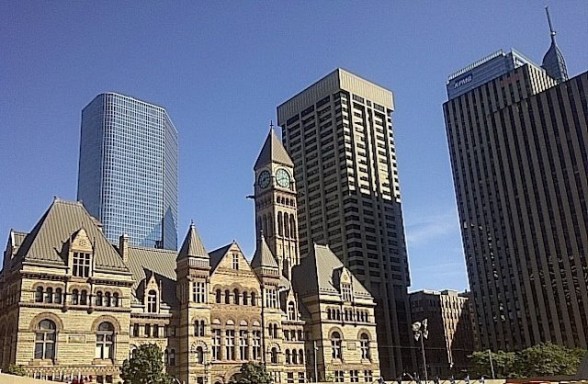 (March 3, 2014) – What impact do faith communities have in their local neighborhoods?

Dollars and Sense, an academic study, has been launched in the City of Toronto to answer this question.

“I believe there is great need for this study in order to appropriately account for services that faith communities provide to their surrounding neighborhoods, and for the way this impacts on city planning, city services and program budgeting,” Dr. Mike Wood Daly, Research Associate, Centre for Clergy Care and Congregational Health at the Toronto School Theology told IQRA. “The economic impact of faith communities is not captured through other studies or by city planners.”

The study is based on the premise that faith communities make a difference – not only to the social fabric of their local neighborhoods but to the economic wellbeing of those neighborhoods as well.

“While the social impact is widely recognized (and documented) the city does not formally account for faith community services and programs in its documentation as a matter of policy,” Dr. Daly added. “As a result, important parts of our social fabric are not being acknowledged, recorded or taken account of when major city projects are being undertaken.”

The study has been endorsed by the Faith in the City Steering Committee, the City of Toronto, Ryerson University’s School of Urban and Regional Planning, Knox College (U of T), and the Centre for Clergy Care and Congregational Health (U of T).

“We are currently looking at including somewhere in the neighborhood of 50-60 faith communities, with the total number reflecting, on a percentage basis, the rich religious diversity of Toronto based on census determinants of religious affiliation,” said Dr. Daly.  “In cooperation with the City and the Healthy Cities website we hope to map “types” of faith neighborhoods to explore how they interact with and provide services to their surrounding neighborhood.”

Funding is being sought for the study and a crowdfunding campaign has been launched at http://www.gofundme.com/71ibe0

“We’re currently talking with faith leaders from various traditions and soon hope to be able to add their endorsement to the project,” Dr. Mike Wood Daly told IQRA.

Elected officials think that the study will be a valuable resource and will be helpful in policy development.

“Last year, in the early stages of planning for this study we contacted elected officials in 10 Canadian cities and 8 American cities to ask if they had a list or inventory of the faith communities in their constituencies- not one of them was aware of a detailed list documenting their services, let alone the faith communities themselves,” said Dr. Daly. “When asked if they believed this would be helpful,  all of them, except one responded yes.”

“The most profound example of where engaging faith communities has made a difference in city policy is in the City of Calgary.”