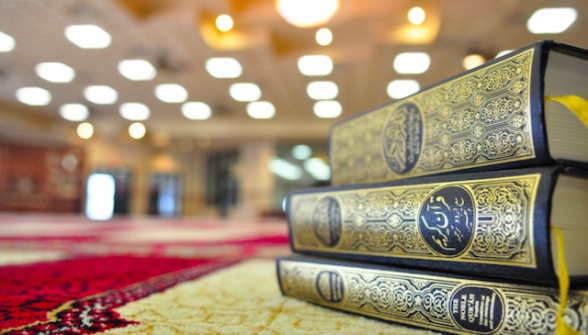 I’m a part-time member of the Muslim club, I don’t go to the masjid for prayers, but I make a regular appearance on Fridays, and even though I am not part of the religious elite, I still want to lodge a complaint. For the past several years of my life, my attendance at Friday prayer has nothing to do with your abilities to draw me closer to my deen. I only come because I have to, and leave unaffected. My time with you is precious, make it count. Don’t let my faith wander aimlessly in the age of information‏. Save me from becoming lost.”

For countless weeks we take off precious time on Fridays and are held hostage at our local masjid. We walk out feeling the same as we go in, as we sit through mundane and bland lectures on the basic principles of Islam which we have known since we were five. But yet we still come. We show up every week, not because we are drawn in by the content of our faith, but because of the religious requirement that we’re bound by. There’s no impact or impression left on us, there’s no task to take away. We’ve marked our presence at jummah, but has it left a mark on us?

The feeling is mutual… all the fingers point to the man at the mimbar. It’s essentially his responsibility to enlighten the audience. We’re all here to listen to the words of God, so we expect him to enchant us. We want him to captivate us with his personality, and speak through his heart. Tell us stories of the believers, spin magic with his words. We want to hear sincerity in his voice, and wisdom in his preaching. We expect nothing less than a storyteller who knows how to emanate empathy, and narrate details that will leave us moved, and our hearts softened. We don’t just want to hear the khutba, we want to feel it.

But most khateebs don’t do that, and we criticize their approach. We blame them for not addressing matters of relevance, and condemn their style of speaking. When we walk out of the masjid on Friday, we don’t remember the benefits of attending, but we remember how unaffected we were by the khutba.

So, we all agree that there’s a problem that needs to be fixed, but how do we find a solution without stepping on anyone’s toes? The khateebs certainly won’t be happy to hear that we’ve all been secretly talking behind their backs! At some point we’ve all voiced the void in preaching and commented on the lack of relevance, but what have we done to instigate change? Have we fulfilled our role before we’ve called out our khateebs? If we aren’t moved by the khutba, or we don’t feel impacted, then why aren’t we seeking out something more.

Our world today is all about consumerism; we’re spoiled for choice. If we don’t shy away from demanding the best from what we eat, wear, and own, then why are we selling ourselves short on our emaan? Why aren’t we asking for more when it comes to filling the empty spaces in our hearts that can only be lit by the fire of faith?

Let’s take ownership for the outcome and create a more conducive environment in our masjid. If the people need an inspirational speaker, then let’s give them one! You might not know this, but there is actual professional training available for khateebs! A place where their expertise in Islamic knowledge can be met with presentation and public speaking skills. Our khateebs can be trained to speak like the TED Speakers who inspire the world! But if we’re looking for that kind of outcome, it won’t happen unless we start the groundwork for it first.

Don’t just settle for a khutba. If you spend an hour at the masjid forcing yourself to focus, then spend another hour speaking to the people who arrange for the khateeb. Maybe the breakdown of effectiveness has more to do with our inability to communicate our needs than to do with the khateeb’s ability to deliver a good sermon. How can we expect them to speak to us, if we can’t speak to them? Open dialogue and receptive change are a big part of this process. You can insist on speakers who are trained to teach, but don’t just criticize, help your masjid find the right people who can fulfill the role in a more meaningful way. Offer your khateeb suggestions on topics to cover, if you have the ability and knowledge, volunteer and work with your masjid’s speakers on public speaking skills. And if you know someone knowledgeable in your community who can deliver a good khutba, encourage them to take the next step towards becoming a khateeb for your local mosque.

Don’t just break down individuals, and blame them for your failing emaan, but instead build a stronger community which can enrich all our lives. Our weekly congregations should be about open hearts and welcomed learning, and the cornerstone of that achievement is the man who stands and speaks to us each week. Don’t let him stand there alone, your presence is just as important as his message. TGIF people… thank goodness it’s Friday, let’s make sure the importance of the day leaves an impression on all of us!

[This article was originally published in ISNA LANTERNS (February, 2014); reprinted with permission of ISNA Canada and the author]