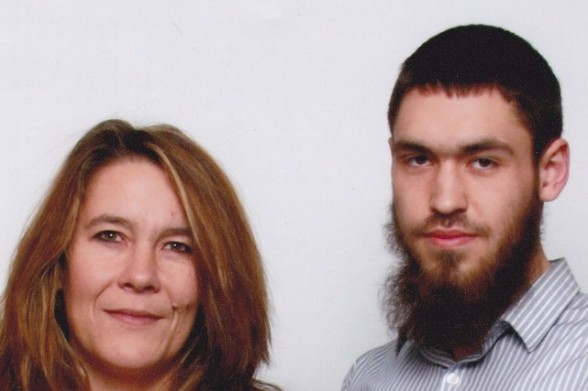 (November 6, 2014) – The mother of 22-year-old Canadian Damian Clairmont, who was killed fighting for the so-called Islamic State (ISIL), has announced the launch of a counseling program for radicalized youth.

“After experiencing so much pain, fear, trauma and panic in a very lonely place, I decided it wasn’t right for other families to have to go through this,” said Clairmont’s mother, Christianne Boudreau.

“If I can help save one life and one family from the same pain, Damian won’t have died in vain, and it will make all my efforts worth it.

“I would like to see all Canadians come together regardless of race, culture, religion, economical circumstance or family dynamic to build resilience in our communities and families,” she added.

Damian Clairmont was born in the eastern Canadian province of Nova Scotia and reverted to Islam following his dropout from high school.

Clairmont, who took the name Mustafa al-Gharib, traveled to the Middle East in late 2012, telling his mother that he was going to study Arabic in Egypt.

However, he went to Syria and joined Nusra Front and then went on to fight for ISIL.

He was killed in a town outside of Aleppo in December 2012 while fighting for ISIL.

Christianne Boudreau has set-up Hayat Canada Family Support, a family counseling and outreach program for relatives and friends of persons involved in extremist groups or on the path of a violent radicalization, including those traveling to battlefields in the Middle East.

“While seeking help for my own situation with my son, Damian Clairmont, I quickly realized that it was very difficult to find anyone to help us,” said Christianne Boudreau.

“Through a lot of research, I found that there were many organizations in Europe taking a very pro-active and support approach to the situation.”

“In fact, Hayat Germany has been operating since 2011 with a very good success rate,” she added.

The Hayat Canada Family Support is modeled on the German-based Hayat, which has had success as a counseling service for radical young Muslims and their families.

“The steps which Hayat uses to approach the situation start with a risk assessment as not all cases will be extreme,” Christianne Boudreau said.

“It could just be a situation of a family going through a sense of panic due to lack of knowledge and education on this topic.”

“Once that has been established, as each case is very individual, coaching and support will be provided for the family to try and reach out to the youth at risk from a logical and trained approach to try and reign the youth back in,” continued Boudreau.

“We will also provide grief support if the family has already lost a loved one to this.  In the meantime, we will continuously deliver and provide educational awareness to communities and youth through partnerships with other organizations.”

Boudreau is raising funds to provide a 1-800 hotline for easier access as well as additional resources for 24/7 access and ongoing education and training.

“We have an official public launch planned for November 24th in Calgary for a project called Extreme Dialogue partnered with Institute for Strategic Dialogue in the UK,” said Boudreau.

“This is both an educational program, including resource guides, as well as propaganda for the various social media platforms to try and stop what is being put out by ISIS in an effort to counter their narrative.”

“We will continue to be open to new programs and opportunities to support families and communities as they come along, while partnering with as many programs and organizations that it takes,” she noted.

Christianne Boudreau’s website, http://hayatcanada.webs.com, includes a link to a crowd funding donation page where she hopes to raise $250,000 for the project.