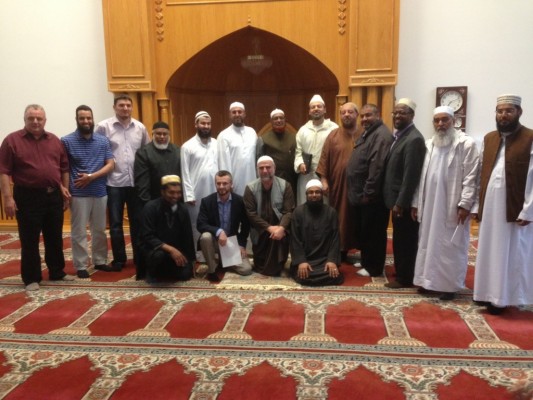 (June 24, 2014) – Canadian Imams have issued a statement saying that no one should go overseas to fight in conflict zones in the belief that they are helping fellow Muslims.

“Canadian Muslims who might do this will be promoting disloyalty to their government and could place the latter in the untenable situation of coming to their aid in a war zone that Canada is not engaged in,” states the Canadian Council of Imams in a press release issued June 23. “Any Canadian individuals taking up arms and fighting foreign governments are actually breaking the laws of their own country (Canada).”

The Canadian Council of Imams is a collective leadership of Imams in Canada that was established in 1990 and provides a platform for Imams to come together and address issues affecting the Muslim community at large.

“Any Canadian individuals taking up arms and fighting foreign governments are actually breaking the laws of their own country (Canada),” added the Council. “We believe that any Canadian citizen who takes up arms should do so only in the legal context of the Canadian law and government.”

The Imams’ statement comes on the heels of recent news reports about Muslim youths from Calgary traveling to fight in the Syria and Iraq.

A 22-year-old Calgary Muslim, Damian Clairmont, was killed in Syria while another Calgarian, Salman Ashrafi, was involved in a November 2013 suicide mission in Iraq under the banner of ISIS.

Another Calgary man, identified by CBC as Somali-Canadian Farah Mohamed Shirdon, appeared in an Islamic State of Iraq and Al-Sham video in April.

According to a CBC news report, the Islamic Information Society of Calgary (IISC) says it’s been warning youth about those who would recruit them for radical causes.

“Our message to the youth has been crystal clear:  if someone is telling you that you will go to Paradise by blowing yourself up in a plane, a train or a public place taking your life and the lives of innocent people, then he is misleading you and committing a crime against the whole society and against the Islamic religion itself,” said Hacene Chebbani, the IISC’s director of religious affairs, in a news release to CBC.

Meanwhile, the Canadian Council of Imams says that it would be willing to engage in preventative strategies to address the threat.

“We stand ready to be invited to the table to be a part of meaningful discussion, to engage preventative strategies and to find meaningful solutions to this growing threat in our country,” offered the Canadian Council of Imams.

“We, the Canadian Council of Imams (CCI), urge all Community Leaders, Imams, Intellectuals and Parents to remain committed to the universal and inclusive message of Islam and we confirm that we are committed to join hands across continents to counter the narrow, bigoted, dogmatic distortions of the purveyors of violence and terror.”

Read press release of the Canadian Council of Imams here