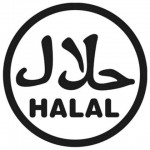 The Government of Canada’s recent amendment to its Food and Drug Regulations, making it mandatory that any claims to a food product being halal be accompanied by the name of the certifying body or person, is a welcome first step.

The domestic halal market in the country is worth $1 billion annually and is growing exponentially with the increase in the Muslim population, which is expected to triple by 2031. In addition to Muslims, there are other groups, which also comprise a significant proportion of halal consumers who value the halal products for health, safety, taste and cultural reasons.

The new labeling requirements provide these consumers with the vital information as to which certifier has deemed the product to be halal. This is a significant shift away from the current practice where many restaurants, food retailers and products affix a ‘halal’ sign without any information as to their justification for such a claim or to which standard they adhere to.

The market is lucrative and so are the chances to commit fraud by selling non-halal meat as halal. The problem is compounded by the fact that in spite of agreeing on the fundamentals there is no single universally accepted standard of halal either in Canada or elsewhere. The government has stayed away from imposing a standard from above and has instead left it to the community to arrive at a consensus if at all possible.

But it could have done several other things from which it has shied away thus making the amendment not meet its full potential rendering it ineffective.

The most important weakness in the amendment is that it doesn’t regulate the certifiers. The backgrounder to the amendment says the Canadian Food Inspection Agency will not ‘establish requirements for becoming a certifying body.’

This essentially means that any person or group can certify and there is absolutely no oversight over their credentials or activities. Even a rudimentary knowledge of halal regulations or food production is not required to become a halal certifier. This is an open invitation for fraud to continue in the halal market.

As in the past there are many individuals, with no more than an access to a computer and a printer, who issue halal certificates with little or no inspection. This becomes even more problematic in the processed food and medicinal drug industries which involve complex ingredients and production processes and whose halal status can only be determined by a body with both religious scholars and food scientists & technologists on board.

The current regulations are also vague on the penalties for offenders of the regulation making the whole exercise effectively useless.

The CFIA presently regulates and approves Organic certifiers. It is puzzling why it can’t do the same for halal and kosher certifiers. The government cannot shirk its responsibility by citing the lack of community consensus by excluding itself from facilitating such an exercise.

In 2011 the federal government gave $763,650 for the Canadian Kosher Food Safety Initiative with the aim to bring together various industry stakeholders and establish minimum standards, which could be voluntary adopted. Lacking such government involvement keeps the door open to cartels and monopolies to reduce consumer choice.

This is already happening in the market with vested commercial interests using information networks like mosques, food festivals, and supply chains to exclude and discredit halal businesses as well as certification agencies just because they don’t adhere to the certain criteria.

Attempts by private businesses to facilitate consensus have failed both because of conflict of interest as well as suspicion of poaching clients by rival certification bodies in the name of improving transparency.

In such a scenario the Canadian Kosher Food Safety Initiative can serve as a model for the halal industry. It will improve reliability of Canadian halal food products, strengthen consumer confidence, and enhance its reputation globally. Public-private partnership is essential for such an outcome.

[Mohammed Ayub Khan is a doctoral candidate in the Department of Political Science at McMaster University. He also works as a consultant in the halal food industry].